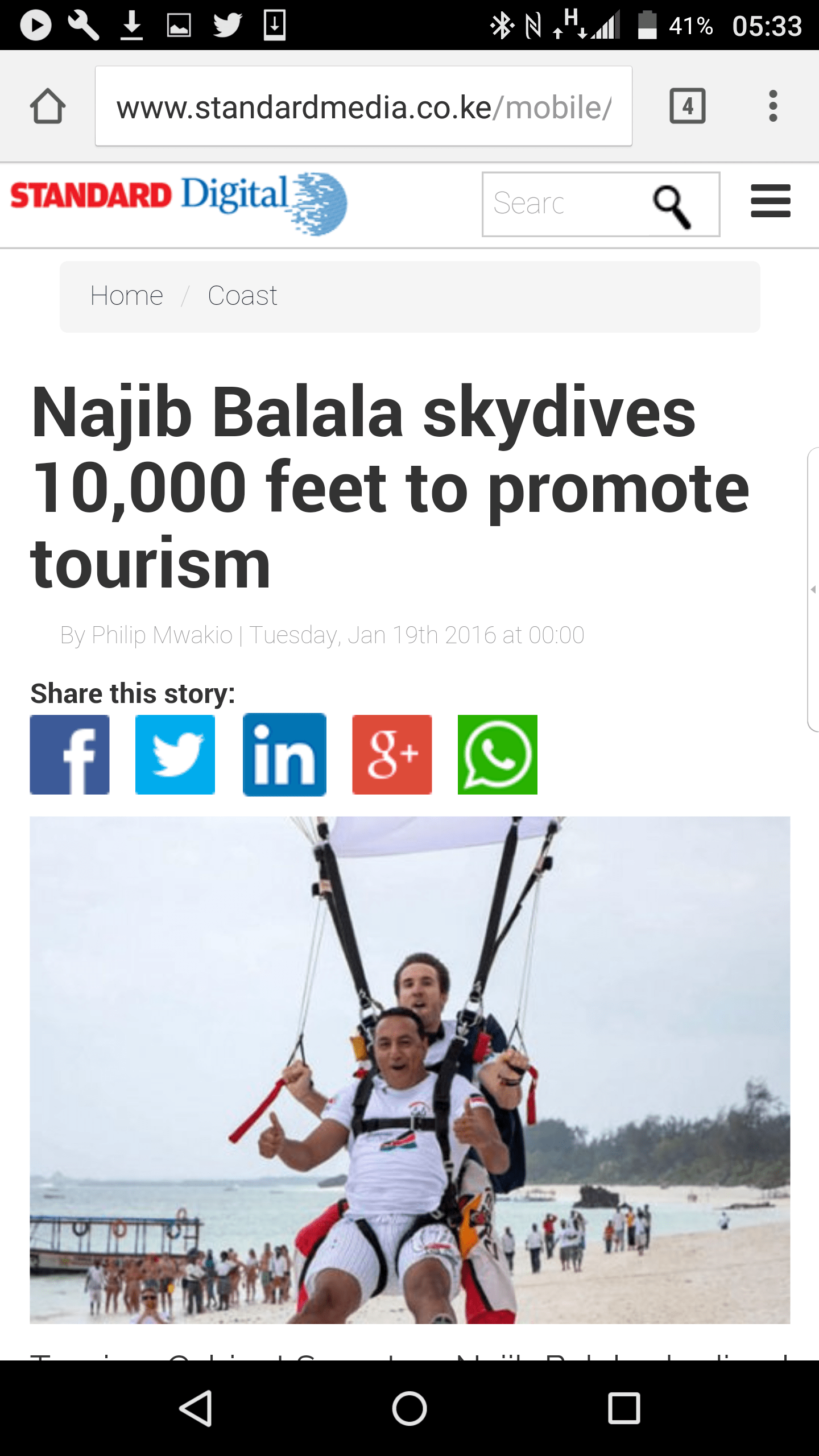 CAPTION: This newspaper article alluded to the fact that Najib Balala’s skydive was meant to drastically change the fortunes of Kenya’s tourism sector. Our biggest catastrophe as a country is indeed, hopelessly pathetic Daystar journalism.

The over 60-year old Fagget Najib Balala together with the redundant agencies at the Tourism Ministry, are still employing the use of Out-Dated marketing techniques, preferring to travel at heavy expense and set up irrelevant booths at Tourism conferences worldwide.

The main reason why the public has disconnected with the Jubilee regime is their apparent arrogance and disregard for public input, by trying to impose strategies that could be out of sync with the hopes and aspiration of the people.

For instance, popular musician and superstar Chris Brown was in the country recently, and the dumb pieces of shit working at the Kenya Tourism Board were more than happy to confirm that despite efforts by concert organisers and the Mombasa County to contact them for a joint collaboration, they passed the offer.

Marketing has evolved and people are no longer relying on tourism fairs to market the country. Endorsement by online influencers, and creating a social-media buzz is more effective, than dispatching a bunch of retarded Government bureaucrats and working in collaboration with politically-connected psychopaths like Nana Gecaga, is completely Out-Dated. 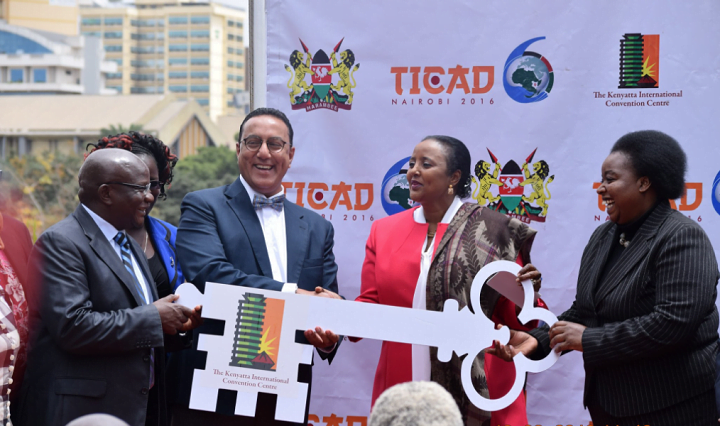 CAPTION: After hosting 3 conferences, we expected Kenya to be receiving tourists in droves as had been promised by Amina Abdalla. Chris Brown concert probably had more value and less disturbance to our normal routines than the TICAD summit.

For instance in 2010, Najib balala, the Fagget from Mvita was supposed to oversee an inter-ministerial project which was meant to leverage on the opportunities emanating from the spin-offs of the WorldCup 2010 which was held in South Africa.

An inter-ministerial committee was formed that included top bureaucratic pieces of shit whose works is to embezzle money, including former Sports PS James Waweru, former Sports Commissioner Gordon Oluoch and others, but despite sitting and even receiving proposals, nothing was actualized. Balala was still the minister of tourism back in 2010, and we now have to start taking stock of this fagget’s impact, since tourism has been on a downward spiral in the ten years or so he has occupied the docket.

You see, attracting tourists is more than jumping out with a parachute or speaking at conferences. There is a science and intense activations required to achieve the same. And such ideas cannot be facilitated when we have fagget’s like Najib Balala as Tourism CS or Chris Kirubi as Chairman of Brand Kenya Board.

Uhuru is quite a bizarre character. One would have thought that Kenya was going to become a super-power in 3 years, the moment we saw him and our resident Kleptomaniac William Ruto donning matching ties and holding hands. Shock! As John Githongo said, the Jubilee Government is the most corrupt administration Kenya has had in its entire history. 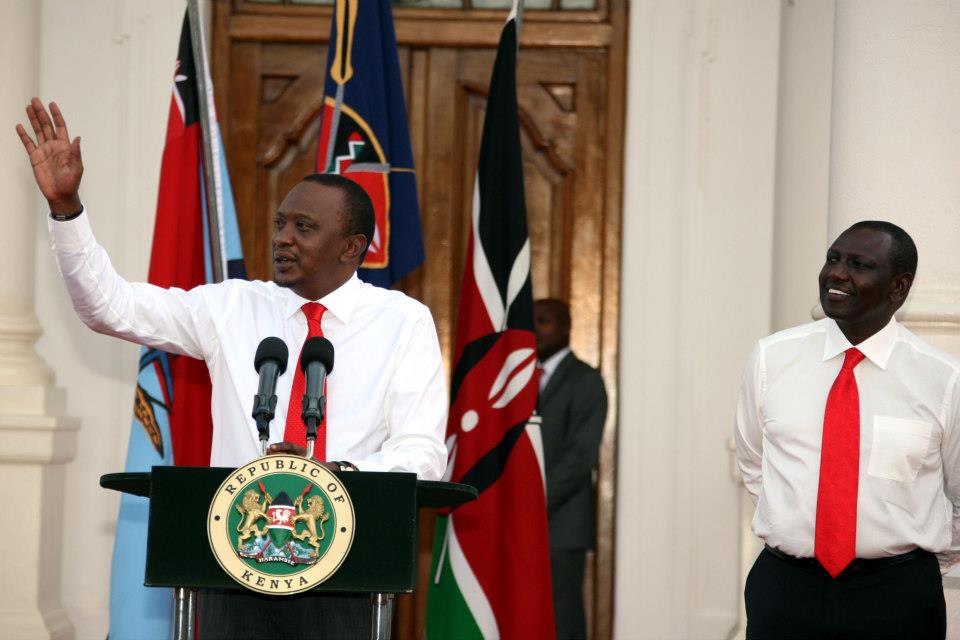 CAPTION: When they wore matching ties, we all thought Kenya would be a super-power in three years. Shock on us! We are now a fountain of corruption, extra-judicial killings, enforced disappearances, and rigged real-estate prices.

Everyday we are being treated to a theatre in the fight against corruption, or in pursuit of more taxes, in the most comical of ways. For instance, the Kenya Revenue Authority (KRA) Director General John Njiraini has turned into a farcical clown, making reckless statements and acting as another Jubilee PR cartoon.

For instance, Njiraini wants to tax your MPESA transactions, and also tax Uber taxi services. He is treating the country to absurd PR-antics, when the real people who should be taxed are the owners of idle land and property, many of whom stole money in-order to invest in the “booming” real estate.

For those who may not know, leading real-estate companies like Hass Consult run doctored forecasts of the land sector, to allow them reap from money sent their way by corrupt Government officials, money launderers, drug-barons and Somali pirates, for the purposes of money laundering. They then produce beautiful charts, bribe business journalists like Wallace Kantai to keep lying to the public that land is rising. 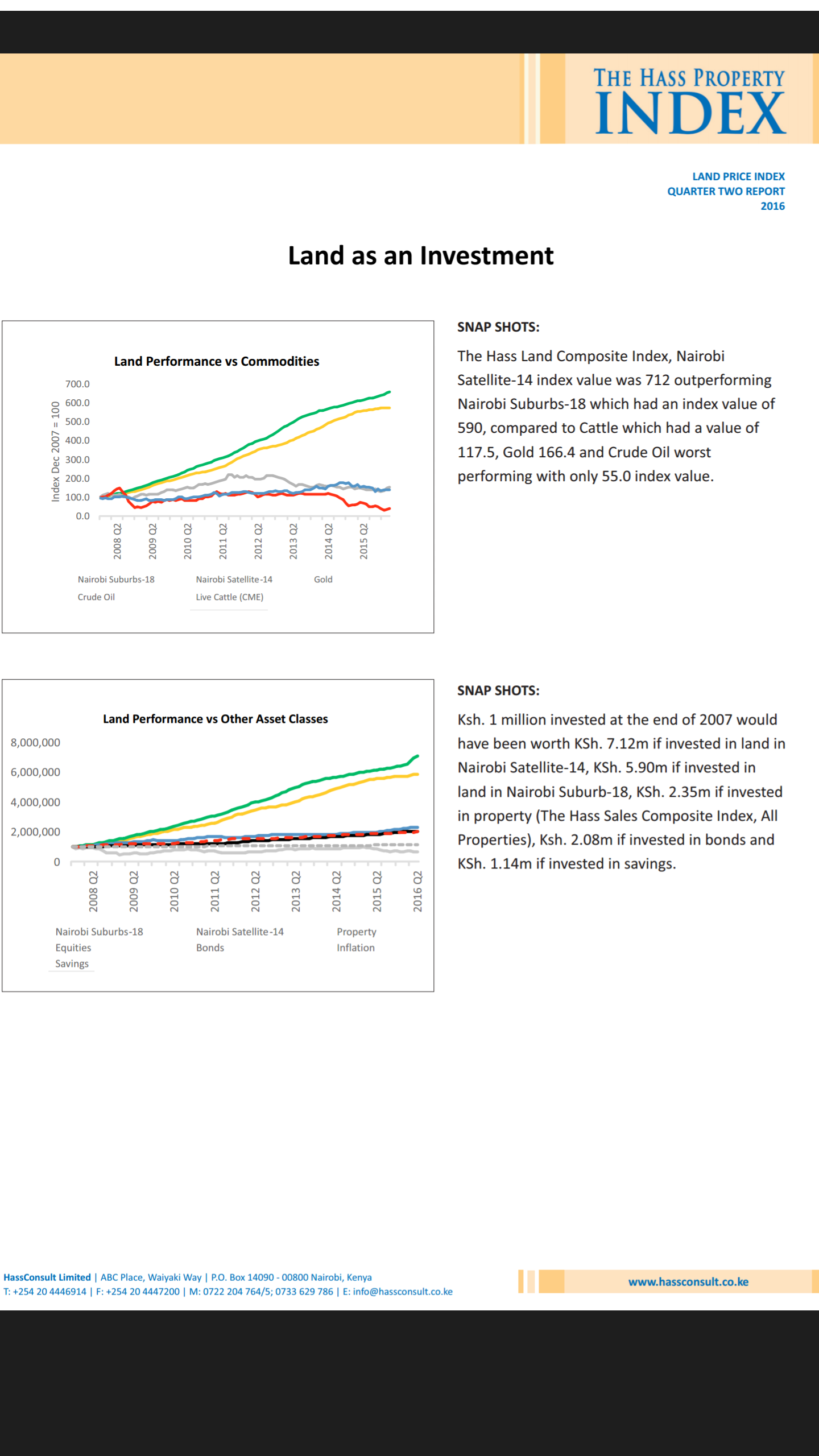 CAPTION: Hass Consult owned by Somali’s, is the premier laundering vehicle for pirate money in Kenya. They release such reports, and bribe business journalists to hype them, so as to ensure their client’s money is always multiplying.
Instead of Njiraini taxing real-estate and land buyers, many of whom are hiding stolen money or laundering proceeds of crime, Njiraini wants to tax MPESA balances of poor Kenyans. What a travesty.

Hass Consult owned by a Somalian by the name of Hassanali is the lead agency for laundering money from Somali pirates in the country, and fronting itself as a legitimate concern. It’s the reason why real estate prices will never stabilise because there is always an influx of dirty money rotating around the land and real-estate sectors. And instead of Njiraini taxing such crooks, his main focus is Uber taxis. Such an asshole!

Another reason why your land and property prices will never go home is the conspiracy by some land owners, together with officials at the Kenya Urban Road Agency (KURA) on the allocation/distribution of road projects. They bribe KURA engineers to manipulate tenders and allocate them to areas where land owners will benefit.

Reason why you will see road projects concentrated in certain areas, instead of being well spread out to ensure people move away from the city. For instance, Nairobi’s environs such as Banana, Kinoo, Syokimau, Machakos, Athi River, Juja Farm, Ngong, Kajiado, would greatly ease the pressure on Nairobi if good roads were build so that developers can shift focus there. But KURA engineers, some of the most corrupt scumbags in Kenya, conspire to ensure projects favour areas where connected individuals own land, so as to keep the values high. 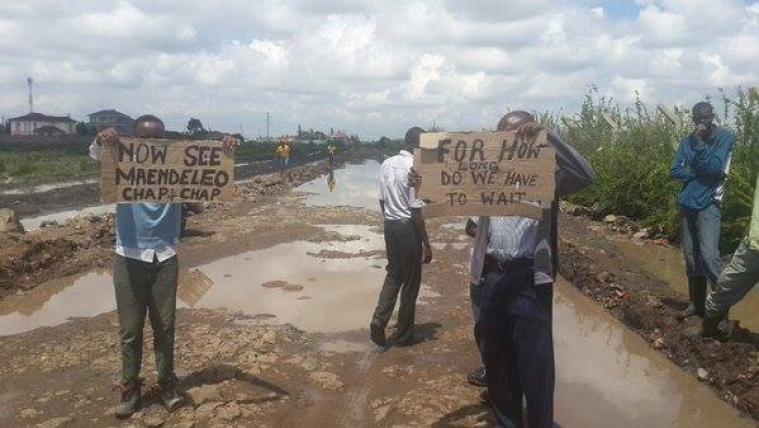 CAPTION: With vast amounts of idle land, tenants continue to shun areas like Syokimau due to the poor roads and lack of basic amenities like lighting. KURA engineers conspire with land owners in select areas to only focus and spread resources there, so as to keep land values high.
The best example has got to be the Eastern Bypass which favours the Kenyatta family-owned Sukari Ranch.

But dumb Kenyans are being distracted by Daystar journalists to focus on sideshows even without questioning the cause of the population explosion in Nairobi, forcing the project such as the Northern Tunnel to except pressure on our already scarce water resources.

If today the Kenya Revenue Authority (KRA) and the Kenya Urban Roads Authority (KURA)
were disbanded and restructured, focusing on spreading the resources equitably, and taxing corrupt “investors” in the real-estate sector, the value of our lives would drastically change, as the price of real-estate would stabilise, and people would move to other areas, not necessarily cram in Kileleshwa or Langata.

The death of journalism in Kenya as a result of inferior/sub-standard education offered by institutions such as Daystar University, means that Kenyans will continue being denied such insightful analysis, as you will forever remain drawn to dick-measuring theatrics from Jubilee assholes such as Moses Kuria and Mike Sonko.