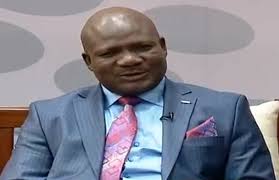 There was drama at a five star hotel in Nairobi last week when the CEO of a parastatal took refuge in the washrooms when DCI George Kinoti checked in.

The official was reportedly having fun with friends when Kinoti turned up.

The CEO, whose parastatal has been under investigation, thought his proverbial 40 days were over and sprinted for the toilet.

He was later squirreled out through the kitchen back door.

Kinoti was apparently at the hotel on private business.

cnyakundi.com has since established that the unnamed parastatal boss is KETRACO’s Fernandes Barasa.