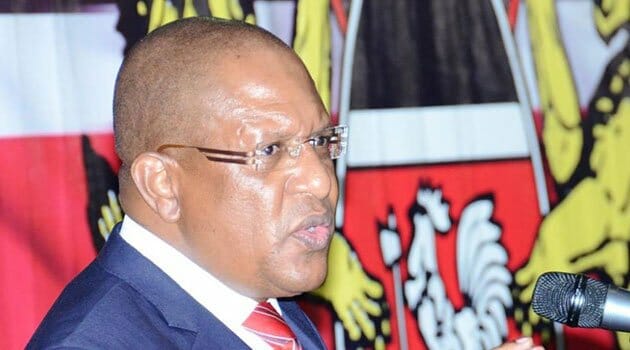 The Director of Public Prosecutions Keriako Tobiko has received three Anglo Leasing files from the Ethics and Anti-Corruption Commission.
The DPP told Capital FM News that the files involve high profile individuals who served in the past and current regimes as well as companies that were implicated in the multi-billion shillings scam.

“I can confirm that I have received three files from EACC; my technical teams are studying the files and I will make a decision on the matter latest by Tuesday next week,” Tobiko said.

According to DPP, the files are among five that was returned to the EACC by his office after evaluation in October last year and a number of discrepancies were discovered.

he Ethics and Anti-Corruption Commission had recommended the prosecution of several individuals linked to the multi-billion shillings Anglo Leasing scandal on October 16 last year.

A consultative meeting between the DPP and EACC officers two weeks later identified gaps in the files and a joint technical team was formed to expeditiously address the outstanding issues identified during the meeting.

Those the EACC wants charged are said to have played direct or indirect roles in the scandal whose investigations had stalled for years.

He stated Kenya had exhausted all judicial options to forestall payment of the debt following judgments issued by courts in Geneva and London.

State House said The Treasury had been instructed to pay Sh1.43 billion, which was the outstanding figure following numerous negotiations with the claimants who initially claimed Sh1.64 billion.

The start of the Anglo Leasing scandal was the contracting of a loan in December 2003 by the Department of Immigration which was then under the Office of the Vice President and Ministry of Home Affairs.

The purpose of the loan was to enhance security by modernising the issuance of secure passports and purchase of security equipment for use at Kenya’s borders.

The procurement process was however abused and a company going by the name Anglo Leasing and Finance Company Ltd was awarded the tender and Sh93 million paid up-front.