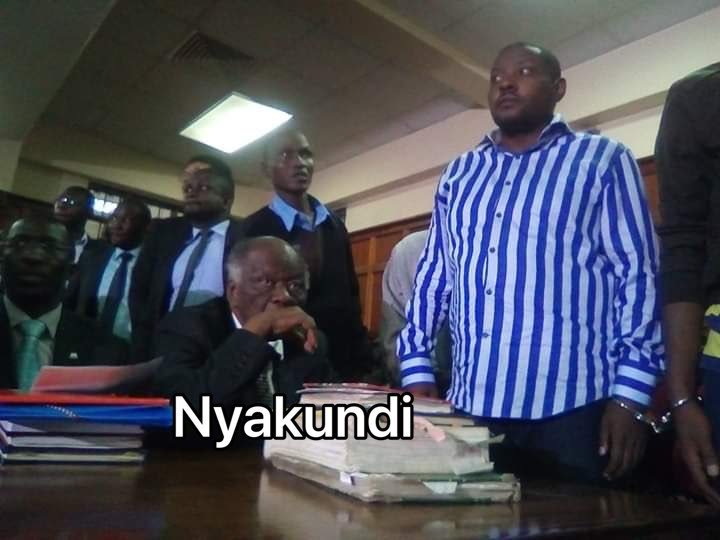 This is after he was arrested on Friday by Directorate of Criminal Investigations detectives.

Mburu and his brother Hillary Kamau are accused of using their company, Landmark Freight Services Limited, to defraud the taxman. Kamau has been on the run, since being put on the wanted list.

Other companies implicated in the scandal are Gendipe Enterprises and Rupai Trading Limited.

Gendipe and Rupai with the help of Landmark imported goods from Dubai, which they declared to be machinery (whose payable taxes are between 0-10 per cent) but were later found to be cooking oil (taxes range from 25-35 per cent).

On the other hand, it seems like the arrest has re-united the wheeler-dealer with Susan Kihika as she was with him yesterday celebrating and drinking at Segret after he was freed on a Ksh. 300,000 cash bail.

Mburu, who has been on the run was nabbed in a dramatic arrest. As from around June, Mburu flew out of the country as detectives intensified a probe on his fraudulent activities