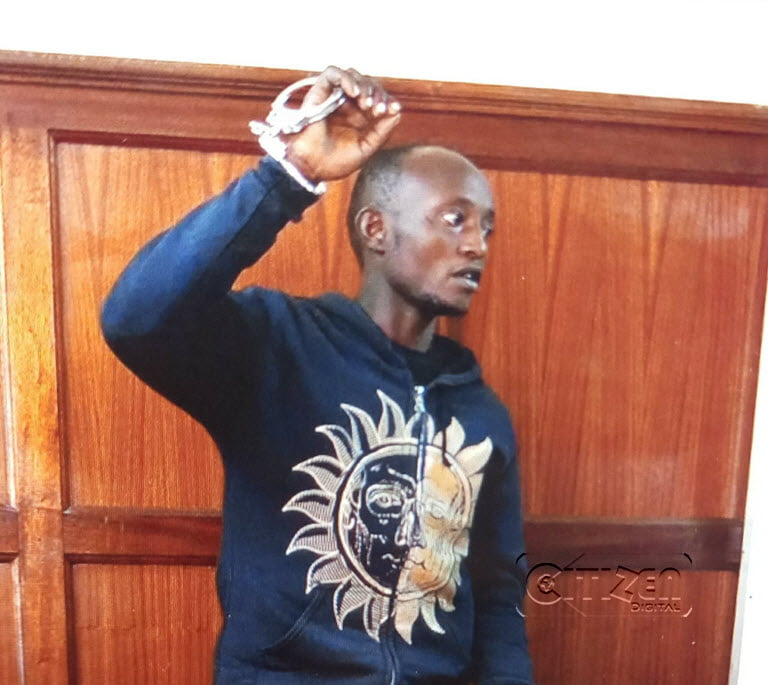 Just hours after Boniface Murage, the man who pleaded guilty to trying to smuggle his own baby out of Kenyatta National Hospital due to his inability to raise a Ksh. 56,000 hospital bill was freed, a social media user posted very controversial remarks on the matter.

Law Student Karen Omollo was under fire from social media users after she said Boniface was to blame for his own troubles. According to her, the man had nine months to prepare for the birth of his child and he, therefore, shouldn’t give excuses as to why he failed to raise the hospital bill.

Karen went on to add that “people should stop acting like giving birth is an accident” and that it was extremely selfish to bring a child into your own misery. She advised those with plans of bearing children to sort themselves out first before subjecting an innocent human being to their shit.

Karen told Kenyans to stay away from having kids unless they can provide them with basic needs like food, healthcare, housing, and education.

Here are all the tweets from Karen below. Tell us what you think in the comments section; do you agree with her? 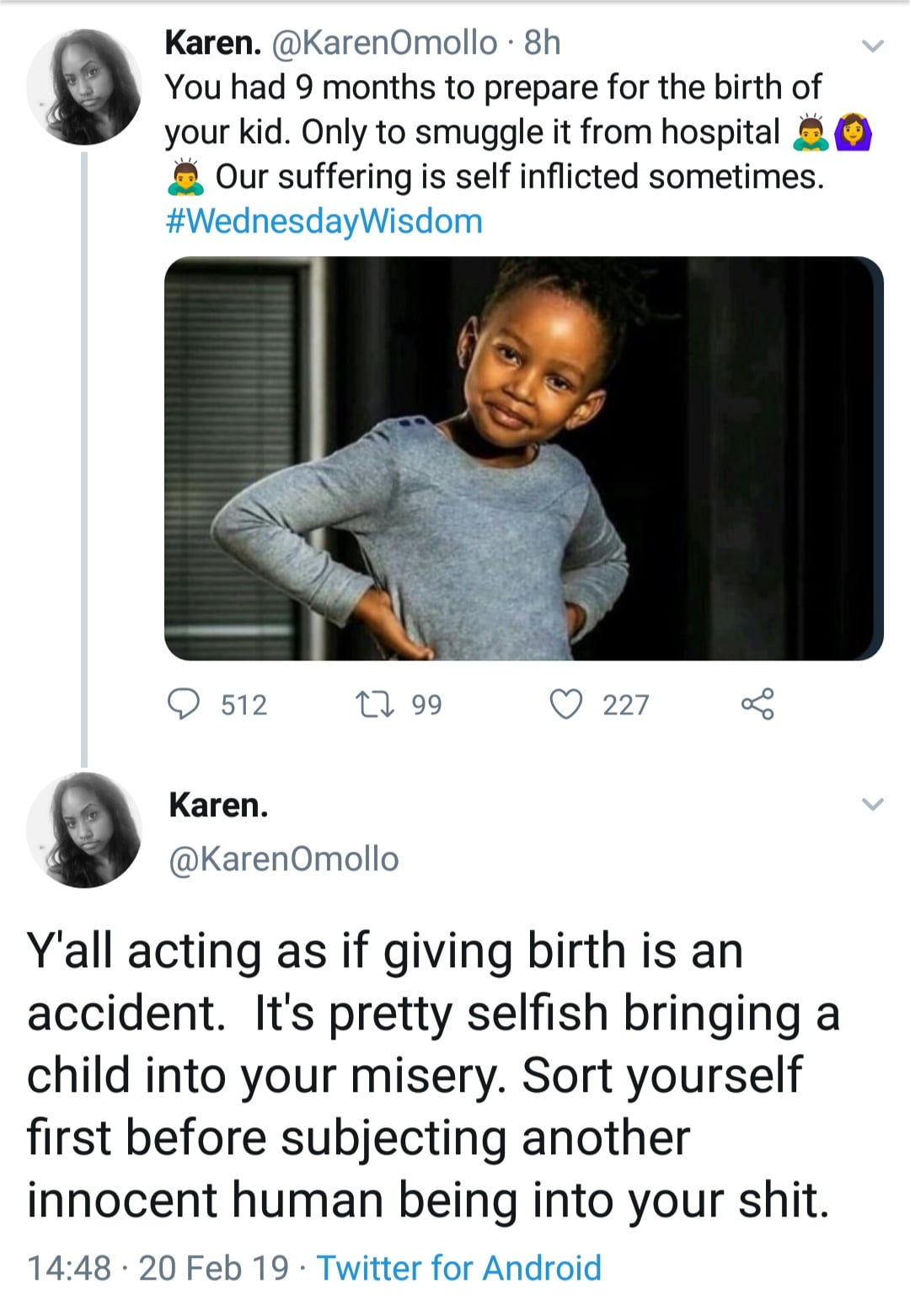 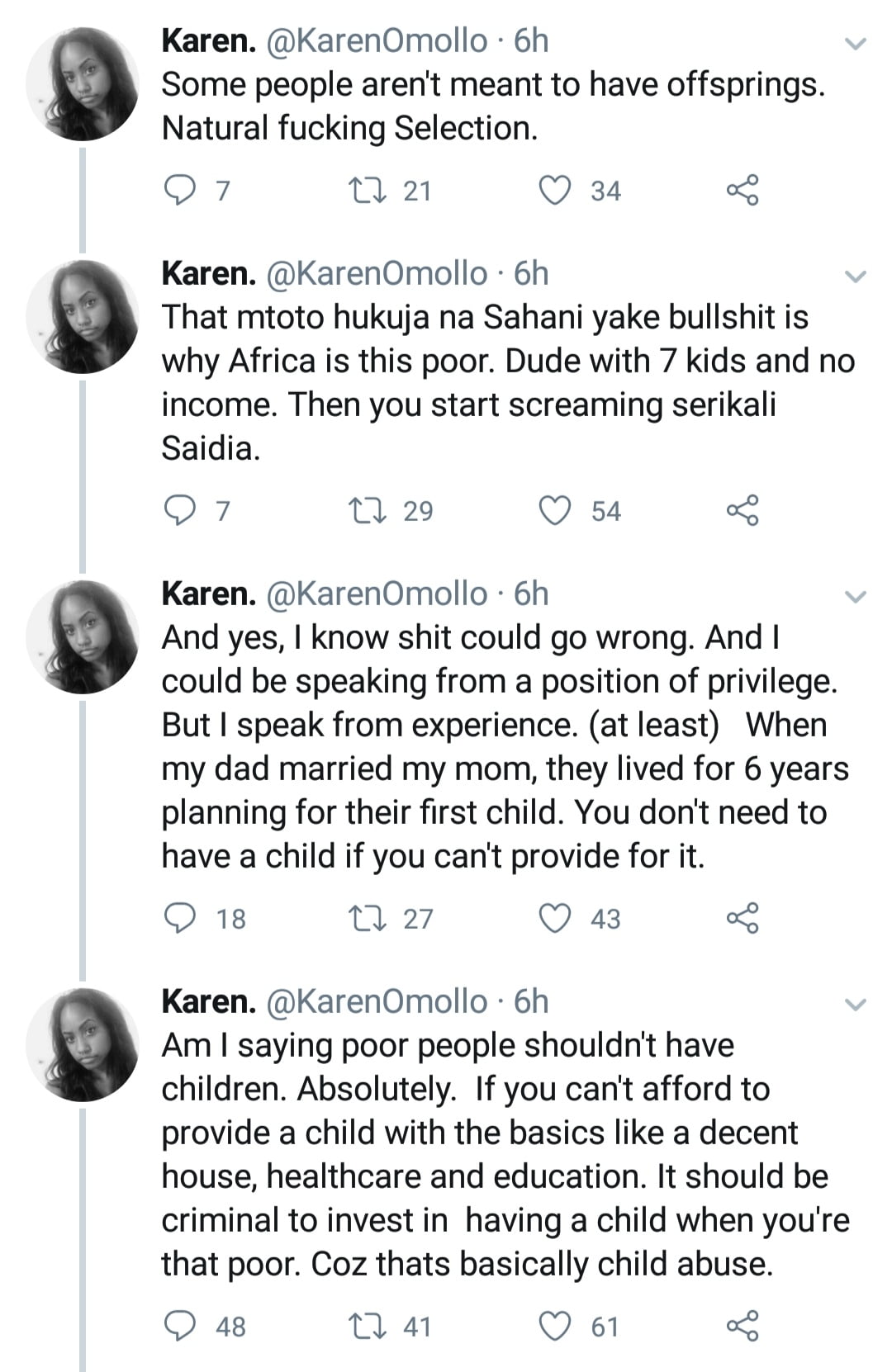 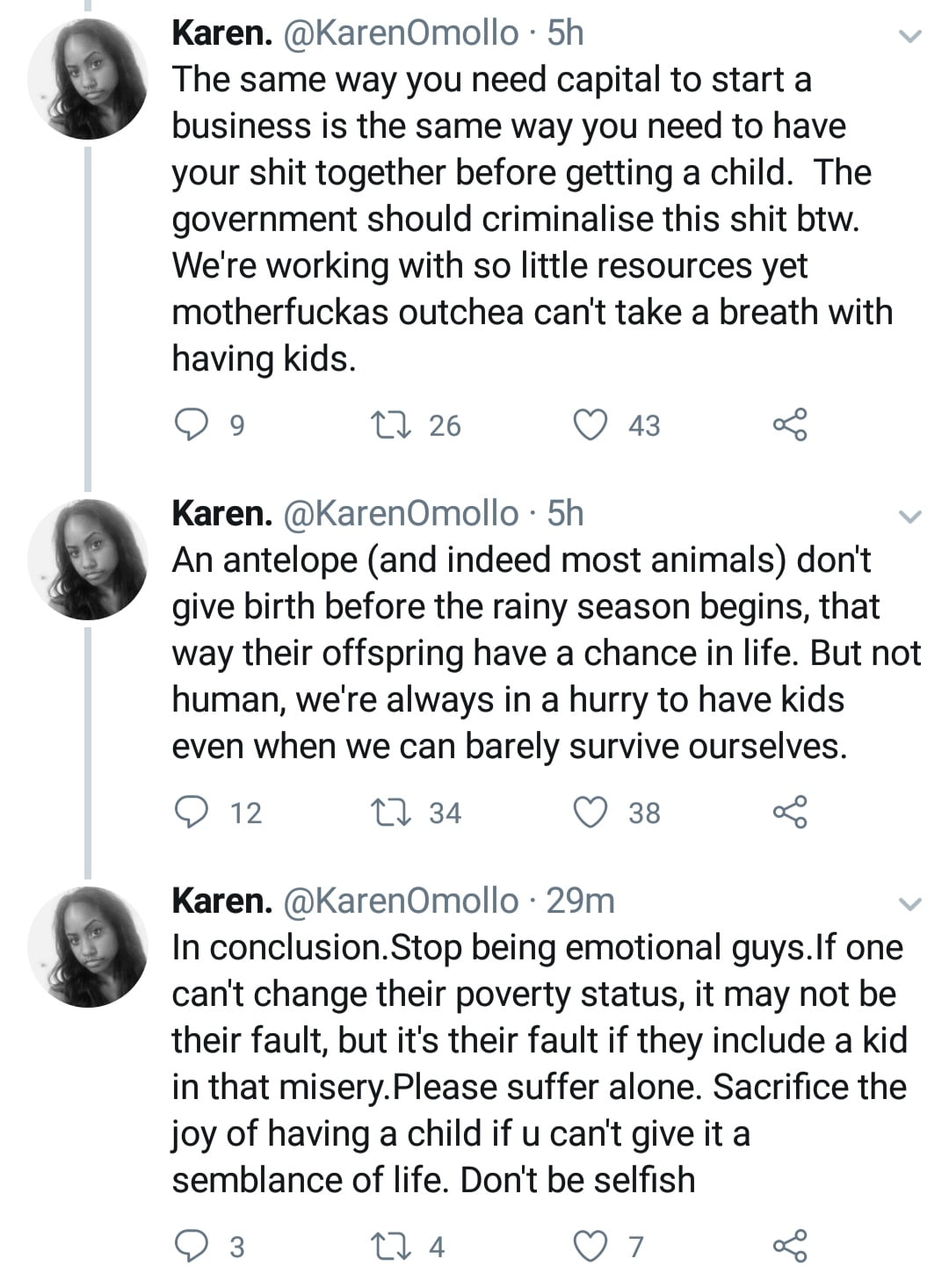