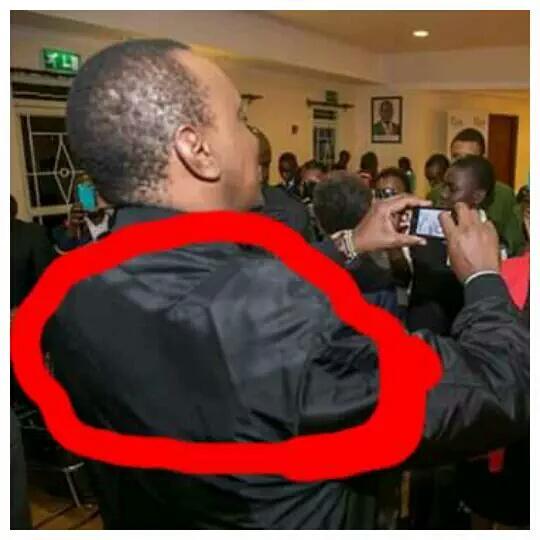 Seems like President Uhuru Kenyatta  took his own  ‘Security Starts With You’ message too seriously as he showed up in what is alleged to be a bullet proof vest at State house while Meeting students . The President was clad in what looks like corner-shaped outfit underneath his Jacket . Look at that Pic keenly

Why President Uhuru wore the Bullet Proof Vest while meeting students has raised eyebrows . This happens after the Son of Jomo bought himself an armored car . How dangerous were these students ? How unsafe is the Kenyan state house ?

The photo has been doing the rounds on social media  but there has been no official response from state house . Maybe spinners are working on a response to be issued . Many questions, no answers …