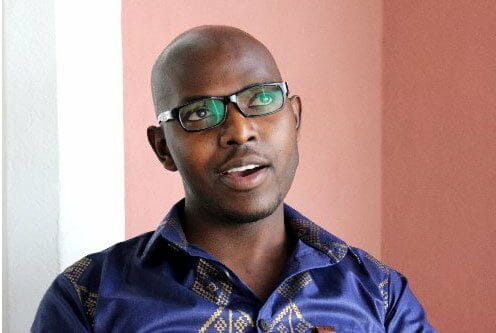 Apparently, millions Kenyans gave out via #1MilliforJadudi trend that saw 6plus millions within 48 hours is taking a new shape as new scathing details evolve.

Lupita Nyong’o’s older sister and Africa Cancer Foundation CEO Zawadi Nyong’o is facing a hard tackle as people are  seeking answers as to where the millions of shillings raised through the campaign went.

Allegedly, the University of Nairobi student Emmanuel Otieno aka Jadudi, for whom they raised Sh 7 million for a brain surgery abroad in September, already had his medical expenses fully catered for by NHIF.

@Slyy_W wrote: “OK so apparently Jadudi’s bills had all been catered for by NHIF. Info from a VERY reliable source.

She then posed the question, “What happened to the millions that were donated?”

She went on to post a third tweet saying: “VERY many people get turned down by the government when they seek funds to go for treatment outside. BUT there are those that get lucky.”

This prompted Zawadi Nyong’o to tweet back saying: “Nothing to hide. I’ll tweet for all to see AfriCF  managing Jadudi medical trust. All accounts transparent. Thanks”

She later wrote: “While Jadudi was in India, due to pressure NHIF finally covered the medical expenses they were responsible for but had previously not paid.”

“I HONESTLY can’t wait for Jadudi’s mom to tell the story of her experience with NHIF. She was too busy trying to get Jadudi to India and… Jadudi’s mom had spent endless hours on different trips to Nairobi trying to get NHIF to agree, provide paperwork etc, to get him to India.”

“Finally, please note that I volunteer @AfrCF so I can’t provide any financial updates. I have done my best to update on Jadudi’s progress,” she concluded.

Celebrated blogger Biko Zulu, who first brought Jadudi’s plight to the attention of the Kenyan public in early August through an article titled That thing in Jadudi’s head, also sought to explain his involvement in the Jadudi campaign.

“I was approached by Africa Cancer Foundation about Jadudi. They told me he needed about Sh 1million for  treatment. I did his story. I was not involved in collection of the sh7 million. The pay bill was controlled by ACF. I did not know that NHIF had taken care of the medical bill. I learnt that today on social media,” Jadudi says