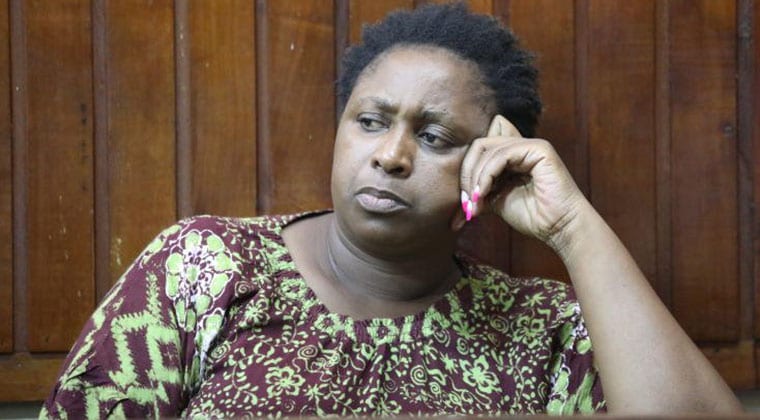 It is asserted that several businesses controlled by the lawmaker through her proxies received CDF monies, which they channelled to MP Jumwa’s bank accounts.

He says the Directorate of Criminal Investigations (DCI) completed a probe into the alleged embezzlement on November 13, 2019, and that the file was forwarded to his office for further legal action.

The Office of the Director of Public Prosecutions (ODPP) consequently assembled a team that guided the investigations by the DCI.

The investigations revealed that Sh19 million was irregularly paid to Multserve Contractors Limited, whose directors is Robert Katana Wanje.

Out of the Ksh19 million that Multserve received in payment, Sh2.5 million was illegally transferred to MP Jumwa’s bank accounts, said the DPP.

“This amounted to a conflict of interest,” said Haji.

According to Citizen Digital, the six other officers have already been apprehended by officers from the Directorate of Criminal Investigations while a pursuit for Jumwa has been launched.

It is reported that Jumwa was at a local airport awaiting the arrival of Deputy President William Ruto when she received the news of the order for her arrest.

Deputy President William Ruto has decentralised his meetings to eight regions in what is seen as a strategy to build grassroots bases ahead of the 2022 General Election and is expected to begin his tour of in Mombasa on Friday.

He is expected to host among others, elected, religious, community, youth and professional leaders from all the six coastal counties of Taita Taveta, Mombasa, Kwale, Kilifi, Lamu and Tana River.