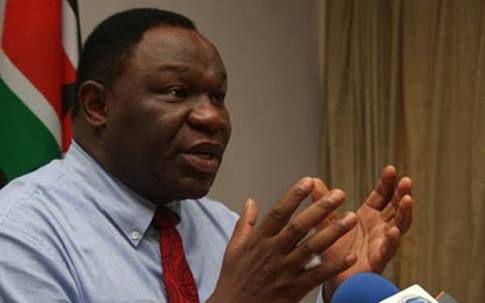 By Walalo’s, you all know who I mean. Those ones from and/or exploiting the porous Kenya/Somali border, to reap benefit from the lucrative commodities business. The others are the ones cleaning pirate money using Kenya’s financial system by doing among other things, buying real-estate at pornographic amounts of money, thereby distorting convention economics.

They use Somali-owned Hass (Hassanali) Consult to produce bogus real-estate forecasts, which are then published copy-paste on dumb Kenyan media, so as to manipulate the prices of rents, property and land.

The political front of this elaborate syndicate is Aden Duale. Again I ask, how can someone who represents minority interests in the country, have unlimited access to the presidency, fronting these dubious business and intimidating state-officers using the President’s name?

Remember, Kenya has had to endure a lot of shit from this fucked-up country. And the fact that they can easily corrupt our greedy Government officials, who have sold our country to terrorists for a fee leading to attacks.

This post is meant to hit the reset button and recall our collective responsibility to nation and flag.

Before the Somali clusterfuckery happened, Kenyans would travel to United Kingdom, United States and virtually all other nations without having to que, pay for a visa. But our Immigration fucktards sold passports illegally to Somali’s, who then abused the system leading to the current state. Countries like Botswana and (surprise surprise) Zimbabwe, which have protected the country from Somali’s, still travel to UK without visa’s.

Over and above that, Kenya has had to endure terrorist attacks beginning with the 1997 bombing, all because our Government officials were greedy enough to turn a blind eye to this vicious cycle. To-date, terrorists attacks continue to deny us a lot of revenues in-form of foreign exchange from tourism, which was grossly affected.

We have literally taken the bullet for these Walalo’s who seem to talk and act entitled, yet their shit-hole of a country is burning.

Our military had to spend a quarter of our budget invading Kismayu, just to sort out the economic mess that had been created by pirate money circulating in our economy. Meaning that money which should have built roads, hospitals and roads, went to fund KDF to undo the mess created by our greedy Central Bank, Immigration, KRA, Ports officials who have enabled this corruption to thrive.

More terrorist attacks, more travel advisories, more shit from Walalo’s even as their ridiculous big money purchases of real-estate continue being sanitised by fake intellectuals like Bitange Ndemo, as a sign of economic health and inclusivity. Fuck you Bitange Ndemo! Only retards read your stupid articles.

The own all the shipping lines, all the freight companies, all the craft at Wilson, putting them in pole-position to manipulate the flow of goods. While we pay tax, their stuff comes in duty free, enabling them to be cheaper and thus driving our citizens out of business. Kenya became a dumping ground for imports as all policy makers are currently on the payroll of these merchants, and our industries are collapsing under the weight of this malaise.

National Bank has been looted to its death-bed by a Walalo Chairman, who is behind Hashi Petroleum. All these gas-stations you’re seeing popping up along Garissa Road, is your money from NBK. And as he loots, board members like Francis Atwoli (fuckin hypocrite) and the CEO only rubberstamp it.

Even though we may not be in a position to stop them due to their entrenchment in government, courtesy of Aden Duale’s links, we can atleast call out the bullshit. Call out the government officials who enable this toxic ecosystem to thrive. Call out Immigration officials who are selling citizenship/passports/I.D’s.

And next time commercial activists like Boniface Mwangi and Betty Waitherero try to stop Government from deporting or cracking down on illegals, let’s not give them breathing space. Let’s not allow this shit to continue. We are suffering for people, and we are tired. We won’t allow activists to be paid to create sideshows. We are now speaking with one voice.

The damage which our country and its citizens has had to endure just trying to bend over backwards so as to placate to this toxic ecosystem, has had catastrophic effects and will be felt for decades to come. We have to be the generation that sets the record straight.

Speak out and let them know that we are aware of the shit they do to gain an unfair head-start. They’re not industrialists, they’re not inventors, neither are they job-creators. We have local entrepreneurs who need the attention that government is giving to this people, and handling them with kids gloves.

I said it. It had to be said. It’s up to you to continue with the conversation. You appointed me as your President because of tackling taboo subjects. It’s time we stop speaking in low tones and escalate this debate to a national platform.