Angry Kenyans on social media are demanding for the deportation of an unapologetic incoming East Africa Bureau Chief for New York Times, Kimiko de Freytas-Tamura, after the American news outlet posted gory images of the Riverside Drive Attack and arrogantly refused to take them down despite multiple complaints from Kenyans.

In a response to the calls for the pulling down of the images, Kimiko gave Kenyans a huge middle finger in an arrogant response, saying she wasn’t responsible for the photos posted by the news source, followed by an arrogant statement by New York Times regarding the matter. 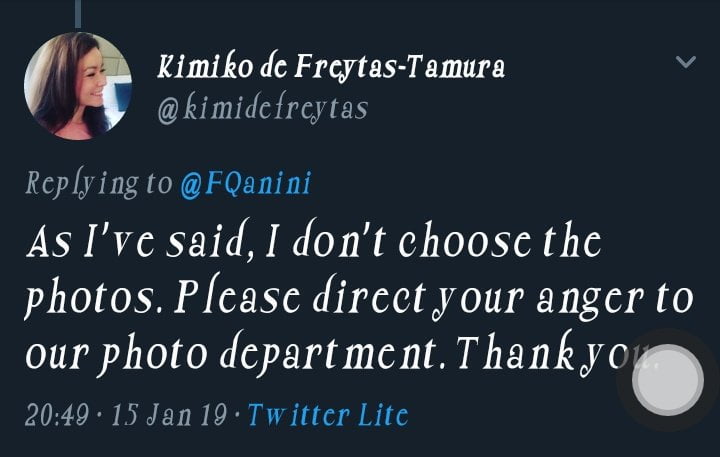 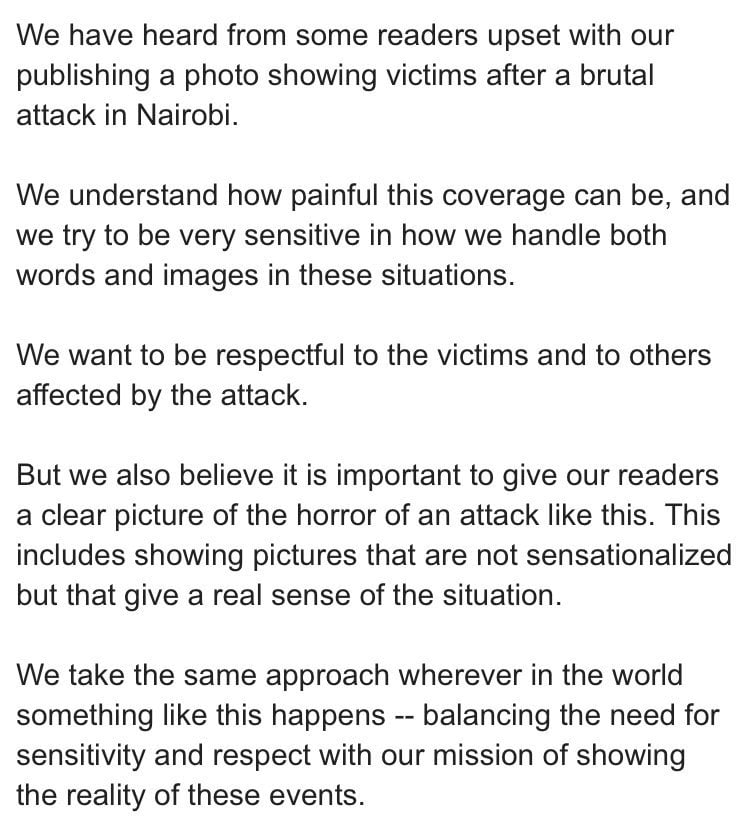 Kimiko would later delete her tweets.

Through the hashtag #DeportKimiko, Kenyans are now urging the government to cancel Kimiko’s work permit and deport her.

Dear @nytimes we would rather you never run stories about Kenya!! Focus on Trump and Russia!! #RiversideAttack#SomeoneTellNYtimes#deportkimiko pic.twitter.com/oq0FoQQr0f

Don’t publish images here that you wouldn’t on your home turf. Apologize, delete. Don’t repeat. Be better. Know better. Learn. #DeportKimiko may or may not be the answer, but there’s a lesson in learning from the past to be had here. I hope it’s a wake up call. #RiversideAttack

Kimiko is the true definition of the type of people we don’t need in our country! I throw my full weight in support of #DeportKimiko!! Let the world know we mean business!!..We still need a proper apology from her and The New York Times as she is sent back where she came from!!

If deporting Miguna was urgent,this is URGENTER. This lady's arrogance in our very own soil , worse still when we are at pains is not only unsettling but also unforgiving! Kwani yeye ndio nani? #deportkimiko

#deportkimiko For her own safety. Imagine angered and devastated relatives of victims of the #KenyaAttack whose images she sent to New York Times meeting her in Nairobi. Could turn ugly. Reassign her. Kenya won't forget she stood by her gory images like a Shabaab sympathiser.

I'm I the only one who saw this? Ati "direct your Anger to our photo department"? How rude is that??? 🙄🙄, you send the photos to them… Bullshit.. #deportkimiko #RiversideAttack #Dusit

Btw this is not the first time @kimidefreytas @nytimes a la #deportkimiko , are showing us the middle finger already in 2017 to a point of even blocking me.! Time to let her & her arrogance GO AWAY. #SomeoneTellNYTimes #KenyaAttack cc @KinyanBoy pic.twitter.com/Xp8jAAiWER

Incoming New York Times Editor to EA @kimidefreytas feeling KOT’s wrath following the Times insensitive reporting by showing pics of the dead. #DeportKimiko picking up steam, Kenyans want her out! Will she leave even before she settles in Nairobi? #KenyaAttack #RiversideAttack pic.twitter.com/sLdS1gUOtx

KOT, we do our thing? Work permit ya huyu @kimidefreytas ikuwe cancelled au vipi? We don't need her type of journalism. #DeportKimiko

The story is linked to you but you didn’t know the pictures used? And when you knew after it was what did you do about it?

#deportKimiko ….If you want to work in kenya and with the people of kenya,RESPECT KENYANS.Feel the pain with us.

You messed with the wrong crowd. Just pack up honey. Bye 👋 #deportkimiko