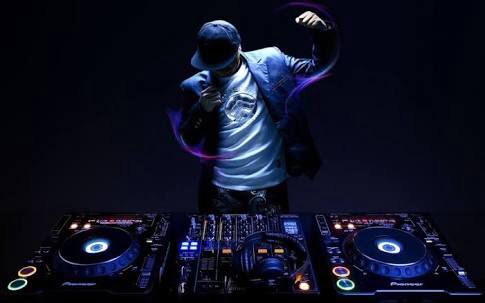 There is a whole list of unwritten “laws” that most men know about and should not break. It’s called the Bro-Code. Many of young nigga’s are breaking the code, because they’ve either been raised like women or have been influenced by feminazi conditioning.

Disc Jockey’s (DJ’s) have been accused as being some of the propagators of this vice. Shitty-ass DJ’s always moonlight in clubs, checking out bitches and if they spot one of their groupies starting to look cosy with another man, DJ’s instinctively run a rumour that he’s HIV positive, just to scare-monger.

Many of the shit DJ’s we have working in clubs or pubs are individuals of low self-esteem, who chanced on this “career” by accident. In an apparent conflict of interest and due to lack of professionalism and ethics by bar-owners, DJ’s (and bar owners) compete for the same bitches as their clientele.

Isn’t it confusing that you as a patron, go to support this entrepreneur who has invested a lot in this establishment, only for the same character and his staffers to undermine you? What business school did bar owners attend?

Being that DJ’s, bar-operators etc interact with these women frequently, they build cosmetic rapport and “trade” them to men who massage their ego’s or buy them liquor. Any other man is dismissed as broke or in the worst case scenario, “sick” .

The irony is that it’s not like DJ’s fuck all these bitches. They just derive immense joy and pleasure from cock-blocking other nigga’s. Hate/rumour-mongers who just gossip all day.

DJ’s around Kenya, grow the fuck up!

Even women who buy such rumours, why do you believe men who you don’t know? Are they your brother’s? Or cousins? Do you think they care about you so much when poisoning your minds with lies? Ofcourse not. They just want to get in your pants because you’ve probably friend-zoned them.

Try this experiment; if someone comes and tells you that another nigga is HIV, reverse-psychology them, and offer them sex, but only on-condition that its after getting tested together. Utaona. The dude will just freeze. Atalenga hizo story.

If you like a nigga, don’t listen to shadowy bar-operatives telling you crap. Don’t also listen to your girlfriends because them bitches be jealous of you. They’ll be happy when you end up like Mirfat Musa as a bitter and struggling single mother. But atleast women know each other. It’s the men like DJ’s who pose as “genuine” counsel, and kumbe that time they just want to fuck you. Wolves in sheep skin.