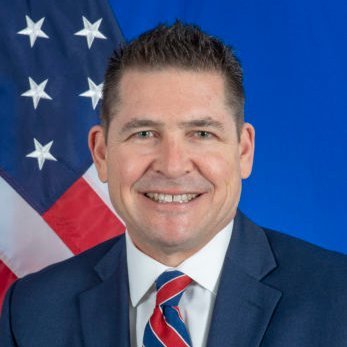 On Tuesday morning, the US Ambassador to Kenya Kyle McCarter was aksied a question about manufacturing to which he responding among other things referring to coal as cheap and clean energy option.

Kenyans of good will immediately corrected the Ambassador who remained adamant sticking to his guns including threatening one by using the words, ‘be careful’.

It should not be lost to Kenyans that the coal power plans in Lamu is very wasteful and should not be a choice in a country that has a lot of sunshine.

The findings of a study by the Institute for Energy Economics and Financial Analysis (IEEFA) shows that the Lamu Coal Power is not the best choice for Kenya.

The plant would lock the country into a 25-year power purchase agreement (PPA) that would force electricity consumers to pay more than $9 billion, even if Lamu project doesn’t generate any power as long as it is available for dispatch.

This is pure daylight robbery.

Furthermore, coal is not the best bet in terms of human health.

Let’s take China for example; China has powered itself into prosperity using coal, but that has come with so much human cost.

In China, air pollution is killing over 1 million people and costing Chinese economy 267 billion yuan (US$38 billion) a year in the form of early deaths and lost food production, this is according to research conducted by the Chinese University of Hong Kong.

Coal does not only affect the people in the vicinity, it has implications far and wide.

One more important thing is that, today, June 26th, 2019 from 2:30pm there will be a judgment on Lamu coal plant at the Supreme court. Lamu residents, environmentalists and activists went to court to oppose the construction of the coal plant.

Below are some tweets we sampled:

Great time tonight w/ @HusseinMohamedg on @citizentvkenya discussing my “tweets” & commitment to what the youth of Kenya desire. Safety, health, food to eat & access to opportunity…& winning the war vs thievery. What other questions would you have asked? #USAmarafiki pic.twitter.com/3VfZ8KD6F3

Be careful where you get your information. I tend to not see highly paid protestors as credible. This is a debate I am more than willing and able to have. From IL, been in the mines, in the power plants, accessed cost of plants and power. Ready at any time it is appropriate.

The world is, as Kenya should also be, is moving towards cleaner and greener sources of energy. If we are honest this push for coal is a way for the West to be offload equipment that will be made redundant by their laws to less developed countries. #deCOALonize

If only this were true and similar circumstances to Lamu but now we know you stand on the wrong side of history. Coal is NOT the way to go. 🏴🏴 #deCOALonize @deCOALonize #StopTheseThieves https://t.co/ULNsxBrs6R