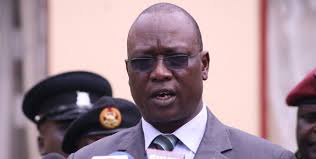 A powerful cartel that used to remotely control tenders and operations at Kenya Airports Authority during the tenure of former managing director Lucy Mbugua are said to be intensely lobbying to have a candidate of their choice land the advertised MD’s position.
The process of appointing a substantive KAA MD was kicked off a fortnight ago after the position was advertised in the local media by the authority’s board whose chair is former Inspector General of Police David Kimaiyo.
The post fell vacant several months ago after the then holder, Mbugua, who enjoyed powerful connections and protection was sent home together with other officials over a bus hiring scandal. The acting MD since then has been Yatich Kangugo, the former long serving Mombasa’s Moi International Airport manager.
It was not immediately clear if Kangugo stands any chance of being confirmed MD given he is said to be missing in the list being fronted by a powerful clique of wheeler dealers who are eager to see their ‘own person’ whom they can use to control matters at the state corporation outside official channels appointed.
Instructively, before Mbugua was sent packing for the second and final time, a scheme had been hatched by those who coalesce around powerful individuals to have her suspension lifted without subjecting her to thorough investigations.
Sources revealed then that immediately Mbugua was sent on compulsory leave, pending investigations into a controversial Duty Free shops tender, a group of businessmen who control tenders at the parastatal swung into action to insulate her against any action that could culminate into her eventual removal from the helm at KAA.
At the time, it was argued if serious investigations were undertaken, it could open a can of worms on the deep mess that were KAA tenders. Indeed, the cartels had already had their way and Mbugua got cleared only for the second scam of hiring apron buses to hit her below the belt.
It is said Mbugua’s removal only succeeded following the direct involvement of Uhuru Kenyatta.
Among deals during Mbugua’s tenure included an alleged error of omission of a whopping Sh9 billion being the 16pc VAT which was discovered by the ministry of Transport when KAA officials forwarded documents pertaining to Greenfield project contract for approval.
Had the transport ministry technocrats not been hawk eyed, KAA would have lost the billions which apparently were destined into the cartel’s pockets.
At the time, tenders at KAA were predetermined even before they were advertised and the advertisement was reportedly a mere formality, it was pointed out. A Nairobi wheelerdealer, it is claimed, was the local agent of all the companies that won huge tenders at KAA.
“All companies that were to compete with companies where the tycoon has an interest, their bid documents were interfered with,” a source at KAA pointed out earlier adding that tenders at KAA were literally ‘won’ many months before they were advertised.
It is claimed upon being appointed in an acting capacity, Kangugo embarked on frustrating the cartels, something that did not go down well with a Nairobi tycoon who allegedly heads the influential cartel operating at KAA headquarters.
At one time, the wheeler dealer told his close associates that he would use resources at his disposal to block Kangugo from being confirmed to the position. It remains to be seen if that will come to pass given the acting KAA MD also has got his own godfathers in government.