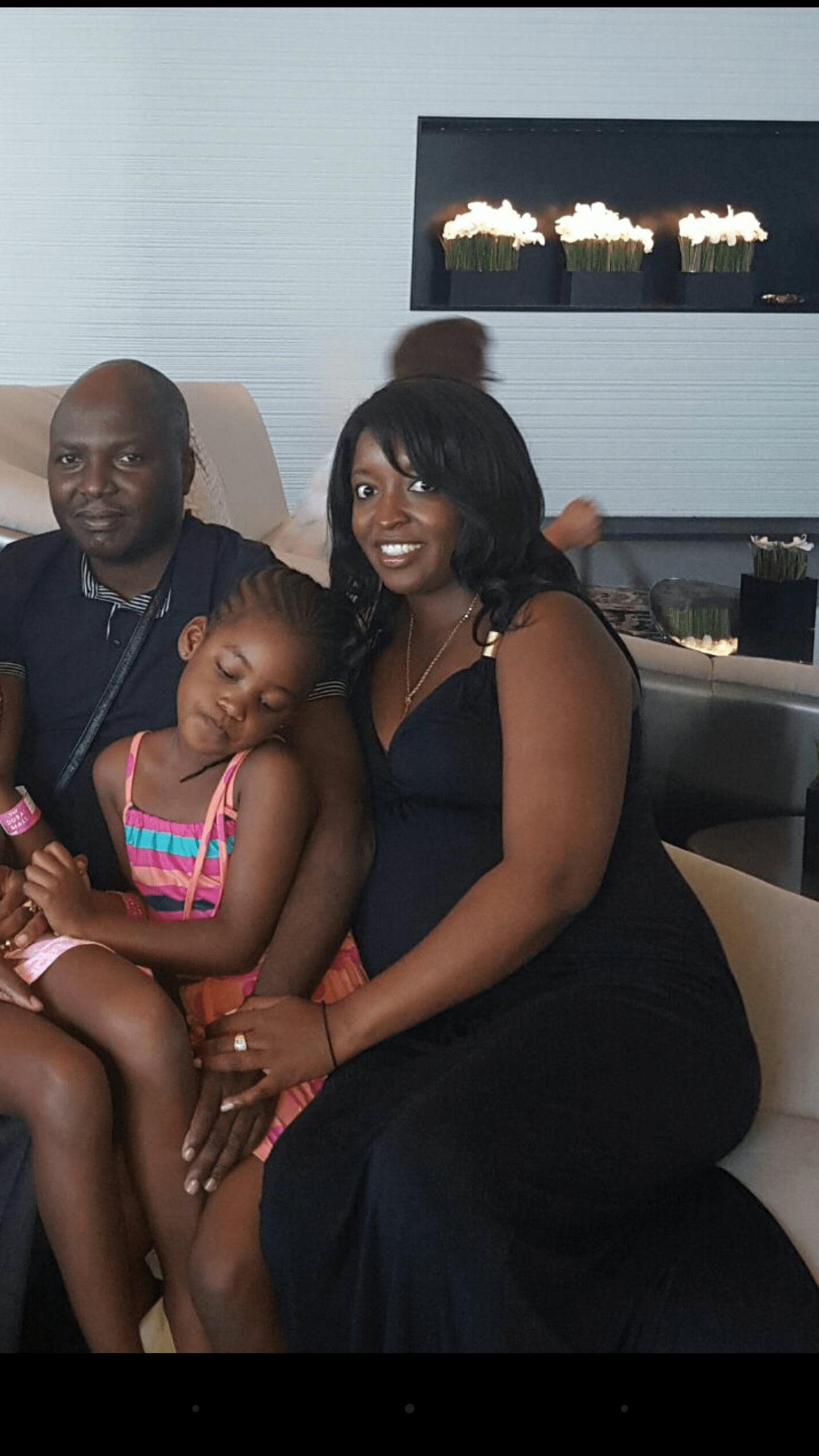 CAPTION: Donald Kipkorir with Nyambura during happier times. Here pictured in Dubai when she was heavily pregnant with his son Ethan.

Despite depicting themselves as the weaker sex, women are very calculative and shrewd when it comes to some aspects of their lives. And this was the case with Noni Weru.

As men, we try to exercise discretion when pursuing female companions. For instance if I note that a lady I’m interested in, is somehow linked to my friend, I would rather pass off that opportunity than ruin our friendship. Males are somewhat loyal.

But women are competitive, calculation, manipulative and conniving.

Nyambura was first dating Donald Kipkorir and through her, he met Noni Weru the current fiance who was recently engaged in a traditional ceremony held at the family’s home in Kiganjo.

The flamboyant lawyer was literally on the verge of marrying Nyambura, because he adopted her daughter Nakami and took care of all her expenses. After that, Donald and Nyambura consummated, with his son Ethan being born on 2nd September 2016.

But just a month later, Donald threw a fancy birthday bash for Noni Weru, leaving his baby-mama Nyambura stressed-out and wrecked, until she couldn’t breast feed.

The irony is that he has now adopted a new family, and left his offspring Ethan, just like that.

For someone at the prime of his life, it is extremely unfortunate to see how indecisiveness is turning him into a serial-lover, tearing up friendships and ruining lives along the way.

And one has to sympathise with the children who have been exposed to one man acting as the father, only for him to bail out on them.

Contrary to an earlier post on this platform, where following a Facebook update, we had created the impression that Tonnie Nyanja was Donald Kipkorir’s target. We have since learned that the lawyer was dating Nyambura.

Speculation is rife that financial motivation may have encouraged Noni Weru to wreck the relationship between Kipkorir and Nyambura, as she is said to have created an image of a gold-digger within Nairobi social-circles.

However, the incident seems to have disrupted friendships and loyalties, showing that women are ruthless when it comes to pursuing men.