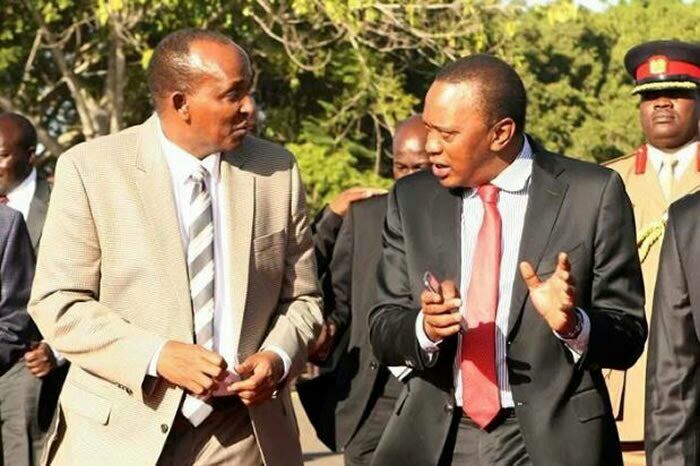 For a while now, Kenya has been inundated with the cheap narrative that Somali’s are taking over businesses and buying properties enmasse, because of their business acumen, hardwork and religious disposition. Such lies have been peddled through networks of online influencers like Asmali 77 and on a national scale, politicians like Aden Duale.

The irony is, why are Somali’s thriving in Kenya, yet Somalia is a shit-hole of a country? Shouldn’t they first built that god-forsaken dumpsite of a country, so that we can form a powerful regional economic bloc between the two countries? If they were such resourceful individuals, wouldn’t we be extending the SGR to the country to boost regional integration and trade?

Kenyans you have to stop getting carried away by cheap narratives peddled by prostitute media, who can write anything when paid a few coins. They can even auction our country to Somaliland.

So now, pubs and recreational facilities which were built by locals are now being turned into Somali coffee-shops, and you’re all acting okay with it? Let’s stop this bullshit. Imagine if a group of Kikuyu’s or Luo’s went to try and invest in Mogadishu. Do you think those Cushites would allow you to?

Now we let Somali’s manipulate our policy-makers, where they use their pooled resources to bribe Government officials to sing to their tune, and we think it’s funny. They are the ones who used to bribe NTSA officials to mount road-blocks around Nairobi CBD which ended up killing the nightlife of the city.

Which is an irony. On one hand, Uhuru is posturing and waxing-lyrical how Kenya will be a 24-hour economy. On the other hand, Alcoblow and regular Police are busy harassing citizens after 9pm, extorting bribes, as if we are in a curfew. Do you see the contradictions of politicians? They’re like feminists; say one thing, then do the exact opposite.

So while locals were busy celebrating Alcoblow, as media like Citizen TV were busy giving it coverage and fear-mongering how this “timely” initiative would save lives, it turns out that it’s the caucus of Somali businessmen who paid for the publicity and execution of the Alcoblow project, so as to kill night-business in Nairobi’s CBD.

The irony is that Lee Kinyanjui, Nakuru Governor is currently purporting that his Eldoret counterpart is ethnically-profiling Kikuyu businessmen, yet the same fucker was part of the Somali axis which conspired to kill local businesses and turn CBD pubs (which we all have fond memories of), into Somali coffee-shops. Lee Kinyanjui, your hypocrisy is nauseating!

The Somali business caucus has now bribed all MCA’s of Nairobi to pass a By-Law, criminalising “prostitution” . Who died and made them God? Beware when the sanctimonious/self-righteous bandwagon do things to impress a deluded gallery, because it leads to fanaticism. Has Kenya become like Saudi Arabia or Mogadishu? I’d urge Nairobians to start recalling their MCA’s. I’ll show you how in a later post.

So are Somali’s “hardworking” as propaganda by Asmali 77 claims? The answer is NO!

The Somali’s have just mastered the shipping system to Kenya and know how to evade tax by bribing the right people in KRA, KEBS, Kenya Airports Authority, Kenya Ports Authority and the likes. Those government officials building flats and opening pubs, are on the pay-roll of these Somali’s.

Somali’s import their stuff duty-free. They get their goods into Kenya using select routes. They then sell slightly cheaper than the Indians or the Kikuyu’s, and have been driving them out of business. Not because of anything else, just not paying tax. If they paid taxes like other Kenyans, do you think they’d be awash with cash, buying every property like there’s no tomorrow?

To Somali’s hawking the narrative that you’re a “hardworking” community, save us the garbage! Tell that to the birds. Your a tax-evading community. Yet you still want free healthcare, garbage collection and good roads in your Eastleigh community, to be funded by tax-paying Kenyans.

Kenyans should be a worried lot when they see their President bending over backwards to try and make Aden Duale and his Somali cohorts, feel comfortable. Let Somali’s pay tax and compete with other Kenyans equally. While NEMA is shutting down Kenyan-owned pubs, let them now head to all Somali businesses and audit them. Beginning with the freight companies.