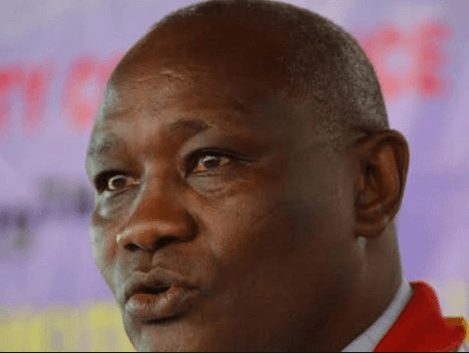 Let me start by complimenting the wonderful job that you’re doing exposing the naked asses of thieves and plunderers of public resources.

The county government of Kisii is a den of thieves. The high priest of corruption is the governor and his executive.

He controls absolutely everything, from the assembly where his stooge David Kombo is the Speaker to public service board where his friends and girlfriend ensure his directives are implemented without regard to human resource needs. The county employs men and women who are way beyond retirement as long as they are clansmen and related to the governor, his deputy and the octogenarian speaker of the assembly.

For the last four years, The county has been operating without stationary and toners. County vehicles are run without insurance and without adequate service.

Most of the officers are forced to pay their own fuel. It is not unheard of to hear drivers being asked to chip in to save an embarrassing situation of stalled vehicles in the middle of the road. Many county vehicles are held at various garages for lack of finances to clear debts incurred during servicing and repairs. Merchants and contractors have to physically camp at the treasury to beg to be paid for services rendered to the county.

On the contrary, a great percentage of senior employees are primary school teachers. Most of them, are a family..of a husband a spouse and their children. People of Kitutu Chache South are the greatest beneficiaries of the County human resource. It’s not unheard of Children who’re in the payroll as they pursue higher education in college and university. A recent upgrade of the stadium was said to have been undertaken by senior staff in the county..minting millions in the process.

The worst development in the county is in the financial department. The head of the department and their accounting officer one Beatrice Ochoki are typically stealing from employees. Imagine a situation where deductions are made loan repayments, NHIF and other pension scheme and for up to three months to four, these deductions do not reflect on the beneficiary institutions. Employees attending seminars funded by sponsors are allowed a per diem according to a job group. Whereas senior employees are paid upfront, junior officers have had to forgo these allowances for quite a long time now.

With the billions the county receives every financial year, it’s imperative to provide it’s constituents premium services. Not the county of Kisii. The county has in its payroll bloggers and ghost workers whose job description is to intimidate and troll those opposed to the outright theft from the county till. The county has over employment..far more than institutions. It has failed to provide a conducive environment and market for the products that it’s citizens like their counterparts in Makueni where benchmarking has been done again and again.

The work ethics of the county staff is legendary. No one seems to be engaged unless directed or supervised by the governor himself. The amount of money going to ghost projects including the avocado factory and bribing the anti-corruption is an open secret. Recently, the county spent enormous resources to publicise their intention to start a sugar factory in Nyamwega forest.

The county, in conclusion, is a sinking ship. Like a tomb, beautiful on the outside but resident of a rotting corpse is the true definition of the County of Kisii. The auditor general seems to be compromised. The Anti-corruption has become lapdogs for the county. In fact, they are tenants of the county government. This is a conflict of interest.

Expose this monkey business..which is only a drop in the ongoings…