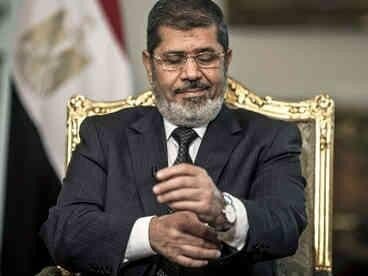 It was a mass trial, many people condemned and termed it as a travesty of Justice. That is when an Egyptian court sentenced 37 muslim brotherhood members to death  and 115 others to life imprisonment  . An Egyptian court has ordered a re-trial of the fellas. This was a very unfair trial, you dont need to be a rocket scientist to know that . Egypt has been widely criticized for mistreating even journalists who are doing their Job and even violating their rights

Peter Greste, Qatari’s Al-Jazeera journalist-at-large has been languishing in jail for many months under the order of an Egyptian Court. During Mohammed Morsi’s  as President of The Muslim Brotherhood Government it was found Greste had supported his terrorist regime. It was a very unfair trial and he needs to be heard too because the rest of Egypt did support him. I hope he will also get a re-trial and maybe freedom. Peter won an award some few months ago.

In Egypt, Christians are persecuted .The archbishop of Mosul was kidnapped and killed in 2008. Since 2004, over 70 churches, 42 of them in Baghdad, have been subjected to some form of attack. A recent notorious instance was the slaughter of 58 Christians during evening mass at the Syrian Catholic Cathedral in Baghdad in October 2010. Churches have been bombed in Baghdad and Mosul, seven on one day in July 2009 in Baghdad. The Christian population in Iraq, once a million and a half, is now less than 150,000.

The Fatwas issued by the Muslim Brotherhood regard women as strange creatures who are created solely for sex. They consider the voices of women, their looks and presence outside the walls of their homes an ‘offence’, suggesting women as a whole were offensive.”

• Women were ordered to “turn off air conditioners at home in the absence of their husbands as this could indicate to a neighbour that the woman is at home alone and any of them could commit adultery with her.”