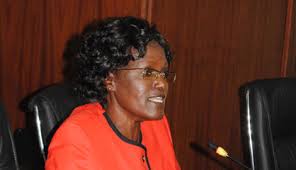 The report by the Auditor General has exposed rot at the Murang’a county education office. According to the report, the county director of education Mary Gaturu who has since been transferred to Nyandarua county was involved in massive financial scam .
According to the report, Gataru’s office incurred expenditure amounting to Sh1,117,000 in respect of staff subsistence allowances during 2013/2014 co-curriculum activities. This expenditure included Sh494,000 subsistence allowances paid to members of staff during primary schools athletics championship held in Mombasa with effect from June 11 to June 15 2014 and handball, rugby, athletics and netball games held in Kisii with effect from June June 6 to 15 2014.
The report further reveals that the county director of education office incurred expenditure amounting to Sh1,260,000 in respect of subsistence allowances paid to members of staff during secondary schools national drama festival held in Nyeri from April 6-16 2014.
However, there was no evidence that the officers paid qualified for subsistence allowances since supporting documents to actual travel and participation such as motor vehicle work tickets or bus tickets/receipts were not availed for audit review. Therefore the expenditure of Sh1754,000 could not be confirmed as a proper charge to public resources.
Gaturu’s transfer to Nyandarua county has since met resistance from primary and secondary heads as well as section of politicians who claim her record and performance at Murang’a county was wanting. By the time the news of her transfer hit Murang’a county, a number of secondary principals, their deputies and primary headteachers and their deputies held an impromptu party at a Murang’a hotel to celebrate her departure. According to sources that attended the party, they termed her transfer as Godsent and good riddance. Some bars ran out of beer as teachers celebrated her departure
One of the principals who spoke to us on strict condition of anonymity now reveals how principals have suffered under her leadership where threats of transfers, demotions, interdictions and intimidation were the order of the day.
Principals who chose to obey laws and ignore her roadside directives over collection of illegal levies were threatened and subjected to audit queries by district auditors who fixed them with alleged financial impropriety, it is alleged.
The Murang’a county education board members also received the news of her transfer with joy. She was the board secretary. It was through her influence that she allegedly perfected the game of armtwisting fellow board members as she threatened those opposed to her demands for illegal levies.
The bone of contention that the principals and a section of board members were opposed to is a demand by Gaturu that all school heads remit Sh100 per student for the county education board fund. This illegal demand is contained in a letter dated November 11, 2014 (Ref. M’NGA/CTY/GEN/74/Vol 1/82) signed by Gataru and addressed to all secondary school principals and copied to sub-county directors of education and district Kenya Secondary Schools Heads Association chairman in the county.
The letter reads in part: “The county regional levy of Sh470 per student shall be payable to Muran’ga County Secondary Schools Heads Association activity fund, the county education board levy of Sh100 per student shall be payable to county education board fund”.
MPs and political leaders from Murang’a county were opposed to this illegality which they say will stress and burden parents. MPs Jamleck Kamau and Alice Wahome have come out strongly to oppose such levies saying they are a burden to parents.
School principals are also totally opposed to the levy saying already, they are funding almost the same activities and functions in the budget and that such levies should not be sourced from parents.
During her tenure in Murang’a, principals were under serious intimidation not to query about anything on said levies and for fear of audit victimisation. It is said the principals who attempt to challenge the legality of such levies were threatened with serious audit queries to silence them. There have been cases of principals who have been fixed and subjected to audit threats by the ministry auditors.
Before her transfer, Gaturu used to brag that she was connected to top government officials but little did she know that her days in Murang’a were numbered. Sources say the day she received her transfer letter, she tried to have the transfer cancelled but in vain. She even requested to be allowed to serve in Murang’a up to November and to be transferred in December but the request hit a dead end. Already, Nyandarua principals are sending warning signals that should she continue with the kind of leadership she had in Murang’a, then they will rebel and demand for not her transfer but a sacking.