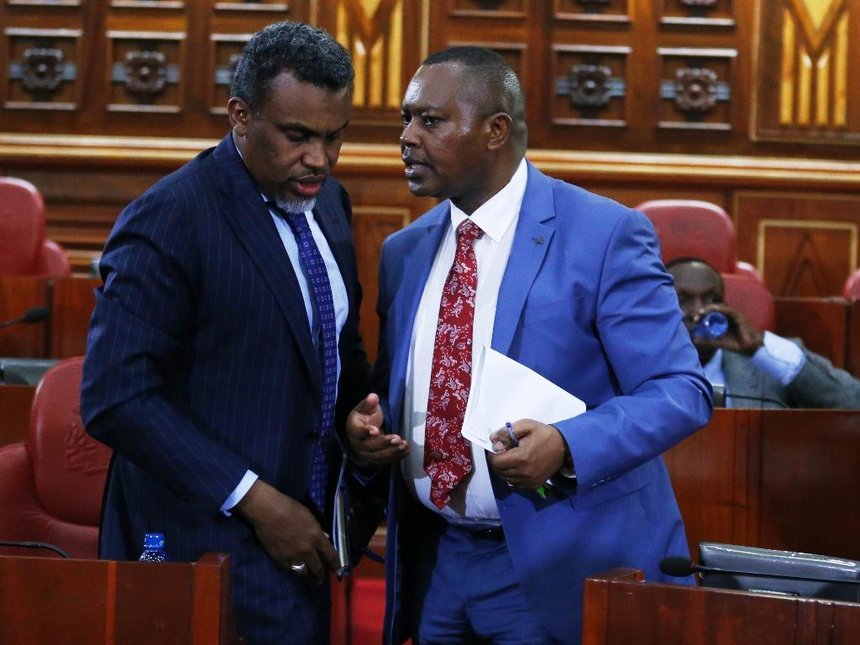 The Directorate of Criminal Investigations (DCI) was last week ‘told off’ by the Office of the Director of Public Prosecutions (ODPP) concerning the charges levelled against two bloggers Milton Were and Jack Okinyi.

The duo were abducted by DCI officers and tortured after they exposed the rot at the Kenya Urban Roads Authority (KURA).

Yesterday, Milton Were was rearrested and detained in a police station that was not clear.

Later today, they were traced to Nairobi Area Police Station. Milton was arrested together with some of his relatives.

The desperation of the DCI is revealed by the way it is seeking an unspecified felony charge on the blogger yet the charge of publishing false information contrary to the Computer Misuse and Cybercrime law fell flat.

What else are they being held for?

Milton Cousins are being charged with what? Obstructing which justice?

Earlier the @DCI_Kenya officers had told their family they wanted to charge Milton Were for publishing false information (a charge rejected last week by @ODPP_KE ) whereas his cousin Ouko with obstructing police in executing lawful arrest. @bonifacemwangi o

The details of the story leading to their arrest involved the dirty tenders awarded by KURA with Banisa MP Kulow Maalim being at the centre of the tender scandal with further accusations of failing to meet the tender requirements.

Also, at the core of the scandal was deputy director supply chain management at KURA Mrs Sadia Haji Adam khalifa.

Police Abduct Bloggers, Attempt To Kill Them With Suffocation Over KURA Expose.

Abdisirat Khalif Ali is a very close friend to Banisa MP Maalim hence they reportedly manage the company, Tasha Holdings Limited together and get tenders from KURA. The MP’s link to the company has however been kept anonymous.

Additionally, the engineer assigned the project reportedly did very shoddy work and was well protected thus not held accountable.

In this article:KURA, Milton Were