The exercise to re-registered and track gun owners kicked off in February 2019.

Many guns and ammunitions that are military-grade have been confiscated, and a couple of licenses cancelled.

The exercise has also been mated by accusations of bribery, especially at the Mathari mental hospital where gun owners are supposed to undergo mental tests.

Despite the exercise and others meant to rid the public of dangerous guns, the wider problem remains the number of illegal guns in private hands.

Directorate of Criminal Investigations (DCI) today posted that they had recovered more guns in last months and called on the public to give information on illegal firearms.

In March alone, @DCI_Kenya Detectives recovered several firearms & assorted ammunitions from members of the public.Detectives are working tirelessly to remove weapons from the street & apprehend those intent on committing acts of violence. Please report to us any #IlegalFirearms. pic.twitter.com/D5gUU1kUe1

Over the years, police either by chance or acting on a tip-off have arrested criminals and recovered guns and ammunitions. Sometimes the government has conducted disarmament exercises in the Northern regions and areas prone to banditry.

All this has bore no fruit as the number of guns in private hands has continued to increase, moreso after the Post-Election Violence in 2007/2008.

A survey conducted by the small arms survey, between 2014 and 2016 puts Kenya’s illegal arms cache of arms in private hands at over 750,000 guns.

The study also notes that, ‘as other countries in East Africa have been reducing their number of guns in private hands, Kenya’s increased’. 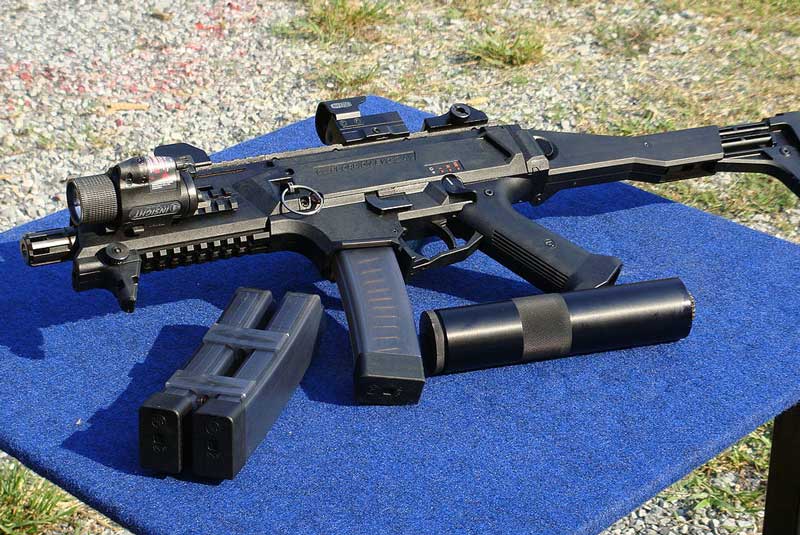 CZ Scorpion Evo 3, one of the guns the government wants civilians barred from owning.

Bungoma and Uasin Gishu counties are the fastest growing in terms acquisition of illegal guns.

This points to the fact that disarmament exercises have failed in this parts.

Why the increase in guns?

The small arms survey says, ‘the violence around the December 2007 elections left its mark on the population: most household respondents said they feel the most insecure during election periods’.

Corruption in the police force doesn’t help either. Guns pass through unmanned borders especially in North and north eastern regions.

How those guns find their way to Nairobi is anyone’s guess.

Despite the best efforts of the National Steering Committee on Peacebuilding Conflict Management (NSC) to conduct programmes geared towards Peacebuilding and community security. It seems most often that politicians are the culprit.

Politicians fund youths to cause violence

As we approach the 2022 general elections. Temperatures are beginning to heat up.

Recently, Kapseret MP Oscar Sudi made utterances that are in bad taste against the spirit of cohesion and togetherness. MP Sudi should be in jail.

‘Luos we can beat them in war easily’, he said.

During elections, people have always blamed politicians for inciting violence. This is true.

In 2017, in some counties with the best early warning, early response systems, no politician wanted to be thought as a war monger. Those counties enjoyed peace (minor altercations reported).

In fact, the violence in 2017 elections was caused by the national police service (force would be a better name to describe them, they did not serve at all).

What can we do?

The authorities involved, i.e. IEBC, NCIC, EACC, the National Police, the judiciary should work in concert to reign in hate speech.

The number of guns in private hands are not for a fashion show. Kenyans are arming themselves.