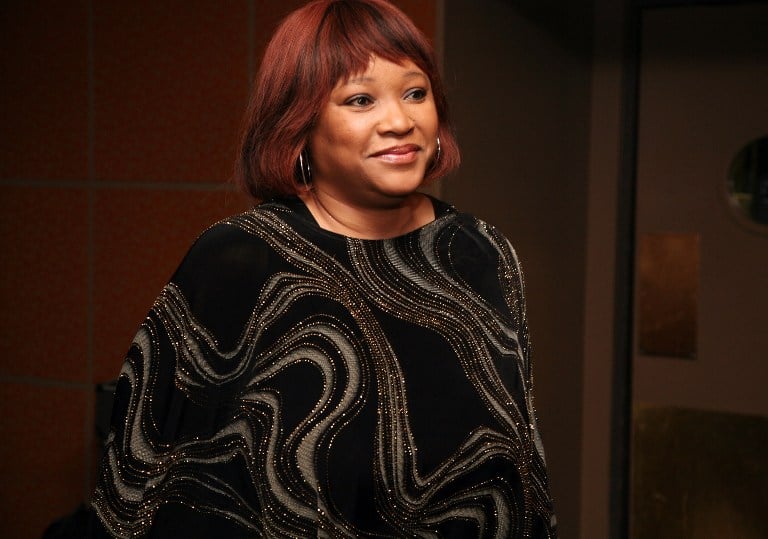 Zindziswa “Zindzi” Mandela died disillusioned from the party that her late father fought for. The news was confirmed on Monday morning by the Nelson Mandela Foundation.

Mandela is survived by her four children and her husband.

Zindzi is best remembered for her defiance, which she retained throughout her life, most recently voicing her support for accelerated land reform.

Her first foray into the spotlight in her own right was when she read her jailed father’s speech in Jabulani Stadium, Soweto, in February 1985, rejecting then-president PW Botha’s conditional offer of freedom.

We shall forever remember the fearless and uncompromising Mama #ZindziMandela#RIPZindZiMandela ♥️ pic.twitter.com/8NMbNxH0KA

Five months ago, as South Africans commemorated the 30th anniversary of Madiba’s release from the Victor Verster prison, Zindzi reminisced about the weekends they went to visit him in prison and how, upon his release, she realised she would share him with the nation.

Here is a sample of tweet reactions to the breaking news

You were fearless in tackling real issues. Your history and your life will not be forgotten. Rest in peace daughter of giants, #ZindziMandela. #RIPZindziMandela pic.twitter.com/ytTVtbnuhE

We just hope that those who wanted #ZindziMandela sanctioned and sacked from her post as an ambassador, including the egotistical Thabo Mbeki will not now cry crocodile tears at her death.🙄
We know who defended Zindzi through thick and thin.#RIPZindziMandela pic.twitter.com/O3z8ligKcz

Say it isn’t so 💔 #ZindziMandela

UDM leader Bantu Holomisa on Monday described her as a fighter who had fought from the early days of her life. Holomisa told TimesLIVE that Zindzi was very close to her late mother.

“We will also remember her during the time when she was campaigning for [Nelson] Mandela to be released. She was vocal. My condolences to the family and her children and sisters.”

Zindzi and her sister Zenani grew up in the forefront of the anti-apartheid struggle as their mother fought both the state and economic hardship as a single mother while their father was incarcerated.

#ZindziMandela we will not forget ✊🏾 "We do not fear you" – Zindzi Mandela pic.twitter.com/j9rVgjjOIv

In this article:Zindziswa "Zindzi" Mandela