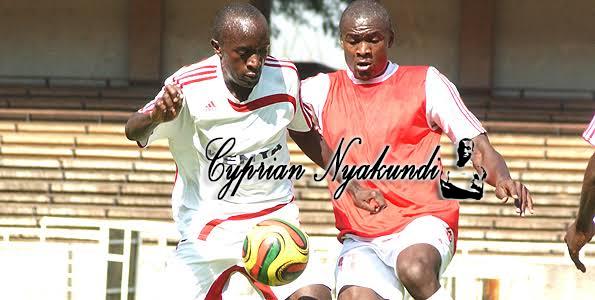 A 10 page investigative report by football governing body FIFA has revealed damning details on how Harambee Stars players received millions of shillings in order to lose games on purpose.

The report shines the spotlight on former Harambee Stars player George Owino Audi who is believed to have heavily breached FIFA’s code of ethics between the years 2009 and 2011.

In FIFA’s report, it is indicated that they found over 177 emails exchanged between George Owino and internationally renowned match fixer Wilson Raj Perumal.

Owino, together with other Harambee Stars players who are yet to be named, agreed to play under Wilson’s instructions and influenced games involving the Kenya national team.

Owino has also been accused of conspiring with Wilson Perumal to seek entry into an Australian football club where the two would try to influence the results of the games.

“I have an offer for you to play in Australia, you have to stay quiet about this. The league starts in August and I will sign you up in June 2010. Stay away from other clubs”, read one of the emails.

“Do you want to play for my club? It has to be confidential”, Wilson asked again. To which Owino delightedly replied, “Yes, the one you said is in Australia and hope is good for the business.”

Wilson who had been previously jailed in Finland and Hungary for match fixing, gave Owino very clear instructions in his next email.

“The purpose I’m going to bring you there is for business, but you have to remain loyal to me only. Remain free. Salary each month is $30,000 (Ksh. 3 million). If I say lose, you do as I say, or else you won’t see your salary.”

“Fine, no problem,” said Owino, “because even I want a good life for my family, so I will do as you say.”

“We will sign the takeover of the club by end of this month. You are expected to arrive by the second week of May,” replied Wilson.

FIFA has established that one of the games Owino and his match fixing agent Wilson Perumal managed to influence was the Kenya vs Tunisia World Cup Qualifier played in October 11 2009.

“You have to make up your mind if you want money or result,” Perumal warned Owino in advance. “Note that if you lose by 1-0 to Tunisia you will end up with nothing. I want a 3-0 score line. I expect the score to be 2-0 in a normal game, but with your assistance I can get a 3-0 scoreline.”

The email was also addressed to two other Kenyan players who were simply named Julius and Pascal.

“I want you to put a good fight for 25 minutes and concede one goal in first half from 30-45 minutes, another at the 65th minute, and the third in the 80th.”

On 1st October 2009, Perumal sent another email, this time regarding the payments just a few days to the game.

After two days, he sent out yet another email, reassuring Owino and his team.

“Listen, my friend. We are serious and ready for business. We promise you that we won’t let you down. Trust us because we are there for you, and you for us. Have faith in us. Just send your man.” replied Owino.

The report also says that Owino and Wilson Perumal also fixed games in the Nile Basin Tournament held in Egypt in 2011 where he offered Ksh. 6 million in order for Harambee Stars to lose its games.

This time round, Owino was not in Kenya’s squad to face Egypt but he assured his boss that he would find him a Kenyan player to do business with.

Through these emails, FIFA claims that Owino was indeed involved in fixing Kenya’s international games between 2009 and 2011.

When local daily Nation tried contacting Owino who recently played for Mathare United, he said he had no idea that such an investigation was ongoing.

“Let’s wait for Fifa to call me over the same then I can speak. For now I do not know anything. I am hearing it from you for the first time”, said Owino.