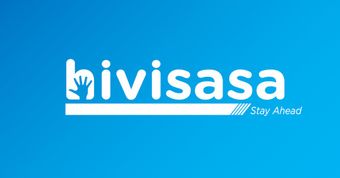 “Over the last six years, thousands of talented Hivisasa news writers have tirelessly reported on Kenya’s counties and national politics. Their work helped Hivisasa grow a steady audience of 2 million monthly readers, peaking at 6.1 million. The influence of the platform is demonstrated regularly by the social impact of its original county stories, which drive collective action and civic engagement,” read the statement in part.

The cause of its downfall was cited at the platforms’ inability to identify a viable advertisement led business model, which has been effectively executed by its giant rivals in the industry.

Well, Hivisasa is not the only blog struggling, we have many blogs that have shut down before for instance the once-popular blog Niaje.com.

According to my own analysis, more and more blogs are set to shut down because there is a big disconnect between the industry and advertising revenue.

In Kenya, It is almost impossible to get a direct advertising gig with corporates and other companies hence making many bloggers fight for the little they can make from Adsense.

As you are all aware, Adsense doesn’t perform well nowadays. Their CPC, RPM and general revenue are shameful to talk about. Kenya’s Adsense revenue cannot be compared with that of serious economies like the United States where being a Blogger really pays. American Bloggers like Perez Hilton earn more than $450,000 per month!

In Kenya, only a few companies advertise with Google. In fact, you can count them and after google has taken their percentage, all the other Bloggers scramble for the little.

Adsense no longer pays as it used to pay for instance in 2013, 2014…Things started getting worse from 2015 when the Kenyan Blogosphere grew and competition for the little revenue got high. And that explains why some bloggers have spammed their blogs with Ads eg Mgid, Taboola etc in order to make something from each of them.

This has also led to Clickbait blogging as many struggle to get views in order to earn revenue. I don’t actually like the direction the industry is taking because clickbait dilutes content and spoils the names of good bloggers out there.

If bloggers are to survive, they must get direct gigs from corporates because revenue from Adsense and other ad platforms will never be enough to pay writers and run the blog’s daily activities. In fact, online Ad networks should be alternatives.

But then these corporates are controlled by corporate Nairobi Cartels that decide which blogs will get gigs. Just like the corrupt BAKE awards where Unknown and Audienceless blogs are voted the best, corporate Nairobi is a scam and manoeuvring the cartel is not easy, but possible. A few years ago, I revealed how some Scangroup officials told big companies like Cocacola etc not to directly advertise with cnyakundi.com because they ”Didn’t like my content’

Why the fuck should Bloggers be fighting for the little AdSense dollars instead of getting direct ads from these corporates? Adsense is a third-party taking almost 60% of the revenue and letting all other blogs fight for 40%.

The day all blogs will drop AdSense and demand for better, blogs will stop dying since these companies will have no options. You have the audiences, Google cant place the Ads in a Vacuum, they need a channel and that is YOU. Stop dealing with third parties.