Justice Maureen Onyango of the High Court of Kenya has denied Water CS Sicily Kariuki and Attorney General Kihara Kariuki audience over a leadership row that is already affecting operations at the Water Sector Trust Fund.

The chief executive officer of the fund Ismali Shaiye is also accused for contempt of court and the judge has ordered that actions be taken against him for ignoring court orders regarding reinstatement of fund Chairman Patrick Kokonya.

On July 15, the court ruled in favor of Activist Okiya Omtata who was seeking reinstatement of Mr. Kokonya but Shaiye denied the embattled chairman access to his office, pushing Omtatah to return to court.

The rogue executive had appointed one Mary Khimulu to replace Kokonya, a move which Omtatah also challenged when he returned to court. The activist secured new orders on July 30 which Shiaye is yet to act on.

“The OCS Capitol Hill police station or OCPD Kilimani or any other police officer with jurisdiction be ordered to enforce the stay orders this court issued on July 15, 2020,” the order read in part.

After issuing the court the court says it will give no audience to the CS, AG and Khimulu until the order is implemented. 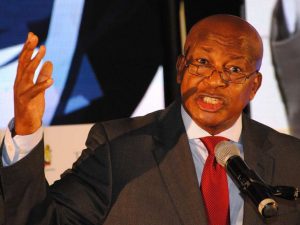 Mr. Shiaye is expected to appear in court on October 6 over contempt of court charges after he was successfully served.

As of Saturday 8, Kokonya had not gained access to his office but promised to make another attempt on monday before exploring legal means.

“The police indicated to me that they have verified the orders. Officers at the top of the police ranks have acknowledged it and have promised to act on Monday,” Kokonya said.

His appointment was de-gazetted under unclear circumstances but he says his decision to oppose extension of Shaiye’s contract is the root cause of his woes.

Omtatah, in his petition, said it was contrary to the rule of natural justice for the chairman to be victimised for following the law.

The orders issued by the court on July 15 therefore mean that Khimulu’s appointment will remain pending until the matter is resolved.

Mr Shiaye is serving his final term which expires on November 9, 2020 but he had written to the board seeking an extension of his term.

The board later sought the Attorney General’s view on the request but was told by the Solicitor General Kennedy Ogeto that the CEO is not ineligible for appointment.

“We are of the considered opinion that since the CEO has served two terms of three years each, he is ineligible for reappointment for a third term of three years,” reads an advisory from Kennedy Ogeto.

The AG depended on the Mwongozo Code of Governance while making his decision as the Water Act is silent on the term of the CEO’s tenure. The Code stipulates that the term of a CEO shall be a three years or as otherwise provided under any other law, renewable once subject to performance evaluated by the board.