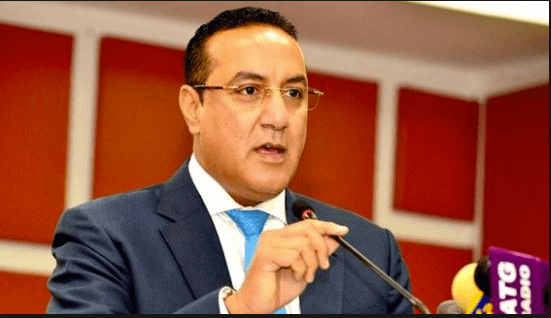 Cabinet Secretary for tourism Najib Balala is on the US wanted list over links to the Akasha drug barons, Baktash Akasha and his brother Ibrahim Akasha.

Balala is believed to be among the more than 10 prominent Kenyans that the US Department of Justice is investigating over allegations of taking bribes from the notorious Akasha drug family.

According to reports by the Daily Nation, other officials on the US wanted list are an outspoken Rift Valley MP, a prosecutor, two High Court judges, two magistrates, and a senior criminal investigations officer.

The two brothers pleaded guilty to seven drug trafficking charges in US last month, including distribution of heroin and conspiracy to import drugs into the US.

The two had formed a well-knit cartel in Kenya involving top government officials, that saw the coastal region and most urban areas flooded with hard drugs.

The list of the wanted persons, most of whom are top government officials and others prominent politicians, has been kept a secret as the government prepares a way to deal with the situation in case US requests to have them.

Kahawa Tungu learns that CS Balala could not board the inaugural flight to US with his counterparts despite being the tourism CS, as he knew he was in the wanted list.