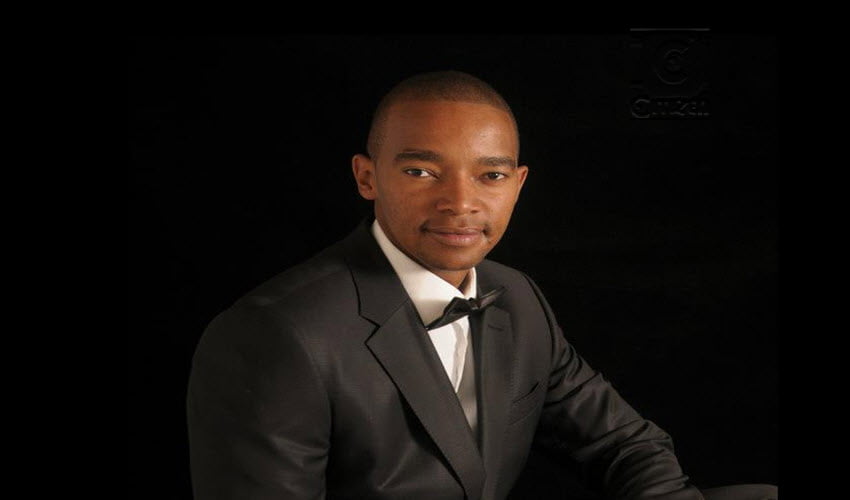 Caption : Citizen TV’s Waihiga Mwaura who claims to be saved, Tweets inspirational stuff yet he is the scum of the earth. Not different from Ruto who can stand in front of a church and claim that his rise to prominence is purely Gods work and dumb Kenyans nod their heads in agreement!

The Rio debacle that shamed Kenya where Government officials opted to prioritise their travel and welfare instead of participating athletes and their coaches, has brought to the fore the utter incompetence of the Jubilee Government led by President Uhuru Kenyatta and William Ruto.

These two jokers remain insensitive to the plight of young people and would prefer that Kenya heads to the dogs in every front. Were it not for social-media pressure, Government wouldn’t have arrested the officials of the National Olympic Committee of Kenya (NOCK) because the Jubilee Government is the biggest enabler of corruption.

And now, Ndegwa Muhoro has engaged the public in a publicity-stunt, whereby officials will be briefly arrested and released to pacify the masses. And as that is happening, the real criminals like Deputy President William Ruto’s right-hand man Fred Muteti who is also the Secretary General of URP will walk scot-free, since he is the chairman of Sport Kenya, the financial arm of the Sports Ministry.

Last year, we wrote that Fred Muteti has drained he coffers of Sports Kenya due to his frequent foreign travels and excessive imprest demands. That he is a thief is not even a question. Anyone linked to Ruto and to URP is definitely a thief as the Deputy President has instilled the KANU era mentality in them, that everything in Government is for the taking.

The era of austerity, logic and common sense has long gone. And yes, it will only get worse should psychotic Kenyans elect him as President in 2022.

Much hype was touted around an “bombshell” to be revealed by Citizen TV’s Waihiga Mwaura, the so-called “born-again” Christian who is always tweeting inspirational crap, with obvious conditioning from his time at the Centre of Mediocrity Daystar University.

Watching the news which was a total waste of my data-bundles, one felt that this mediocre journo was being too lenient on the officials, as he only did scant interviews giving the corrupt officials like Stephen Soi and the Sports PS Richard Ekai ample space to clear their names.

Such an idiot this Waihiga Mwaura is.

But wait, who sponsored his trip to cover the Olympics in Rio de Janeiro?

Ambush Marketing is an age-old technique where retarded brand managers hype on an event that they’re too broke to partner with, and coin phrases attached to the venue of the event that’s being staged.

Since Rio is not a patented name, unlike Olympics, it made perfect sense for the retarded managers of EABL to use it for promotional purposes, as it would have no legal implications.

EABL is owned by Diageo Plc, a successful global brewing powerhouse and thus its baffling that it’s managers in Kenya would opt for such a mediocre approach to marketing, instead of generating original concepts which are a dime a dozen in Nairobi, rotting away in people’s computers.

But in Kenya, merit is never a consideration for job selection. Here, people are employed based on patronage, nepotism and sexual favours. Reason why for instance, the quality of adverts delivered by local ad-agencies like ScanGroup, are as pathetic as the directors of that company.

For instance, a former head of marketing at EABL was Peter Mburu who only bagged the job because he is the son of a former Managing Director of KBL and also because he was dating a niece to President Uhuru Kenyatta. That was the only criteria of employing him, because those who worked under him thought that he was one of the dumbest bastards north of Limpopo and south of the Sahara. Many thought his slow speech indicated learning difficulties in his earlier years, and could not understand why a global company would stoop so low.

Moving on, Waihiga Mwaura kept claiming repeatedly that Royal Media Services (his employer) footed his bills to Rio, which is a lie coming from someone who professes to be born-again. The truth is that an alcohol company footed his bills (not too sure how this augurs with his religion).

Journalists in Kenya are normally funded by corporates so as to continuously provide publicity and media mentions in the outlets they work for. For instance, Mike Okinyi and several other sports journalists are on the payroll of Sport Pesa, so as to constantly keep praising the company as a revolution and life-changer.

So the self-righteous Waihiga Mwaura should come clean and state why he lied that Royal Media paid his bills. He should also resign for taking Kenyans for fools, by pretending to be a born-again Christian. We hate this particular type of characters.