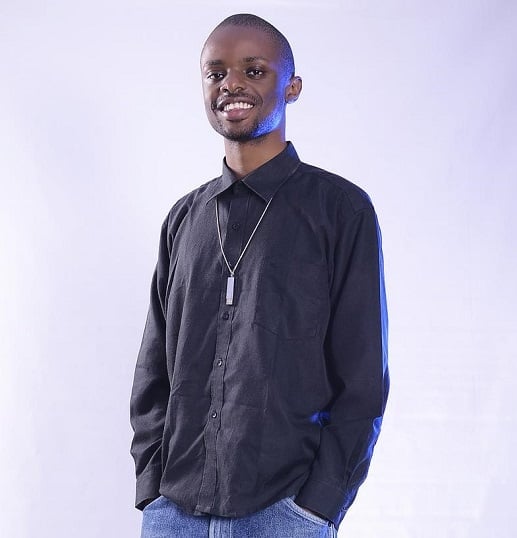 Ghafla Kenya, the News site that has been promoting socialites and sex workers is under crisis, this site can exclusively reveal. Ghafla blog was an idea of Young Majani who was recently under pressure and bribed to delete a story that exposed fellow Gay and K24 News Anchor Eric Njoka.

In the expose, Eric Njoka was soliciting for sex from an Arab Guy who later revealed him in what looked like a setup.Surely, a man on heat doesn’t use his brains.

Indeed, Ghafla Kenya should be blamed for promoting the Whore culture and the sponsors’ cancer that has affected many Nairobi basic bitches that want to get quick money and temporary fame.

Serious Kenyans should never read socialites blogs like Ghafla because they will make them dumber and dumber. There are numerous great blogs that Kenyans can subscribe to and get news that will help them learn great things that will grow them.

At the end of the day, we will be judged by what we contributed to society when we had the opportunity to. That is why history will judge brown envelope Journalists like Wallace Kantai and TerryAnne Chebet Harshly because they chose to be bribed in order to do PR for the corrupt. Pathetic Idiots

Today, We got an interesting email on Ghafla.

Hello, Cyprian……Kindly keep me anonymous. I am friends with most Ghafla employees, and I have a scoop. As you now, the Ghafla was recently acquired by Ringier Digital Media.

The thing is, Majani played the current employees. He had promised them that they would be getting salary boosts of up to triple the amount they are currently earning, after the takeover but most of them were shocked when the new owners came to address them last week on Thursday.
When the employees asked about salaries, they were told by Tim Collman, the soon to be Ghafla’s head of operations that salaries increase would not be adjusted, and anyone who wants a boost should prove their value.

Tim further added that Majani had told them all the employees were comfortable.

I can also confirm that Majani has been very dictatorial in the run up to the new deal. His only goal was to get the takeover money, and he didn’t bother to make any deal for the employees who have worked so hard for him.
Any employee with primary concerns has been shut down and threatened with firing. Now employees are currently frustrated, and they are also considering downing their tools until their demands are heard or quitting altogether.