A Kenyan has reached out to Cnyakundi.com to reveal the shambles and disorganized manner in which the Jubilee Regime is handling the JKIA evacuations that it has christened quarantine measures’.

A Ethiopian Airline flight ET318 landed at Jomo Kenyatta International (JKIA) at around 11 am, where the passenger who had come from all over the world i.e. Canada, United Kingdom (UK), Ethiopia etc, had to wait until after 6 pm to be evacuated from the airport.

First stop was at the Kenya Red Cross Society’s struggling Boma hotel, then next as at 6:50 pm, some were being transferred to Pride Inn and others to Kenya School of Government. 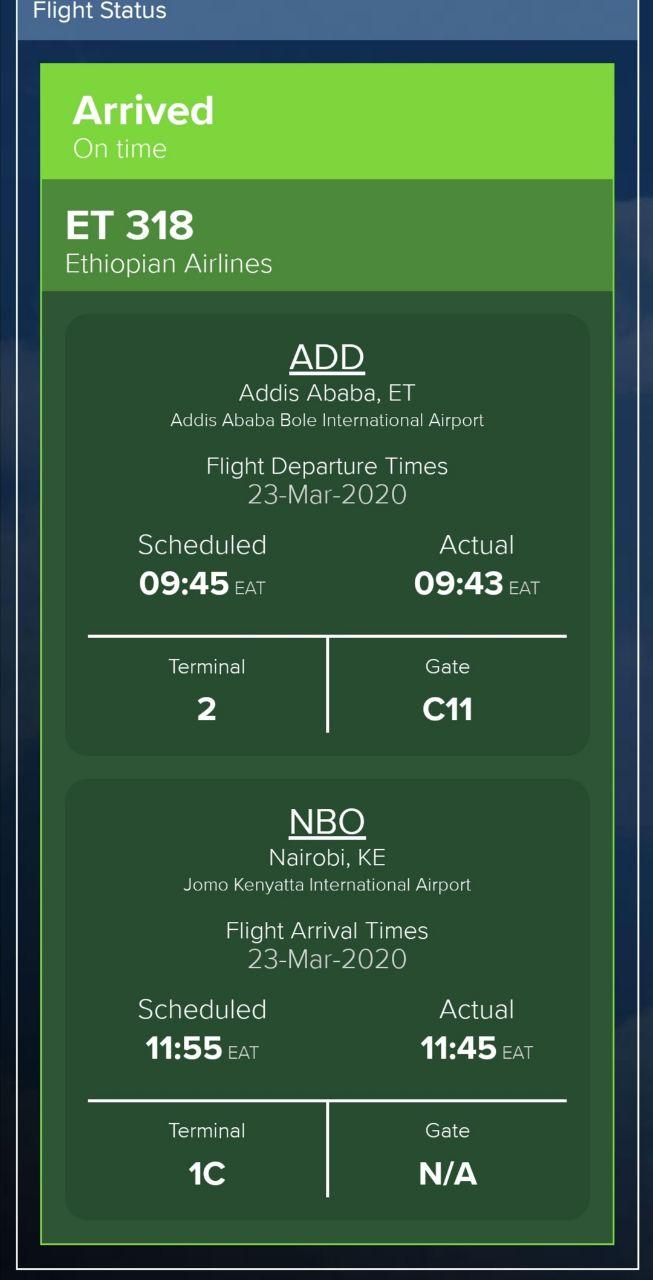 The Kenyan government’s Covid-19 mitigation plan is in disarray.

The passengers were allowed to mingle with their relatives from their time of landing at JKIA in the morning till around 6 pm today when movements to various destination started.

Earlier in March, the court offered that people be quarantined at a military facility until the mandatory 14 days are over, however, the fate of the 329 passengers that arrived aboard China Southern Airline, that was exposed by Gire Ali of KQ remains unknown.

Kenya with its capitalist and exploitative healthcare sector is about to receive a beating from Coronavirus infections even as warned by World Health Organisation (WHO).

Much has been placed on the shoulders of Health Cabinet Secretary (CS) Mutahi Kagwe.

But cnyakundi.com asks the CS to pleas reign in on his counterparts in Transport, Interior and Defence, in fact Mutahi Kagwe should by now be the Super CS, as he needs the powers to ensure Covid-19 is defeated.

As for the fate of the Kenyans who were onboard Ethiopian flight that landed at JKIA in the morning (around 11 am). If any of them tests positive, then the staff of Boma Hotel, PrideInn Hotel and KSG will have spread the virus far and wide in Kenya.

We are looking at catastrophe of biblical proportions.

In this article:coronavirus, Covid-19, Ethiopian Airlines