Siaya county commissioner Michael Ole Tialal has clashed with local police officers over cover up attempt in the murder of journalist Eric Oloo by failing to produce in court their counterpart Sabina Kerubo who is the main suspect in the gruesome incident.

Weekly Citizen has learned of plans to shift investigations of the horrific murder from Siaya regional DCI office to provincial DCI office in Kisumu in response to the open cover up game that has also attracted the attention of leaders, scribe fraternity and members of the public, dissatisfied with how local police were handling the case.

In what appears to be a well calculated scheme to protect the Ugunja deputy OCS from facing murder charge, the local police in unpopular move only arraigned in court the two brothers at the center of murder case. 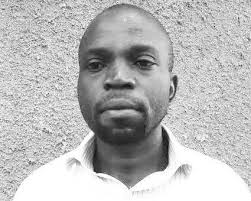 The irate County commissioner has issued fresh orders demanding for immediate prosecution of Chief inspector Kerubo as postmortem reveals that the slain journalist who was found dead inside the police officer’s bedroom succumbed to trauma caused by injury to his head and abdomen.

Sustained uproar from the Siaya county chief security officer, politicians, members of the fourth estate, family members and the public on how police was handling the matter attracted the attention  of top security officers in the country as well as the office of the Director of Public Prosecution.

Inspector general of Police Hillary Mutyambai, DCI George Kinoti and DPP Noordin Haji are reported to be keenly following the matter after it emerged that the local police were hell bent to tamper with investigations right from the first day the murder was reported.

Tialal justifiably went berserk after it dawned on him that the junior officers handling the matter duped him that Kerubo would be arraigned in court  on Tuesday, the following day after the two attack brothers      Victor Luta and Franklin Luta were presented before a Siaya Principal magistrate James Ong’ondo and further detained for another 11 days pending investigations.

Sadly, Kerubo, her teenage daughter and house help have been turned into a prosecution witnesses in the murder despite reports that the Chief Inspector of Police ordered for the beatings of the late Oloo.