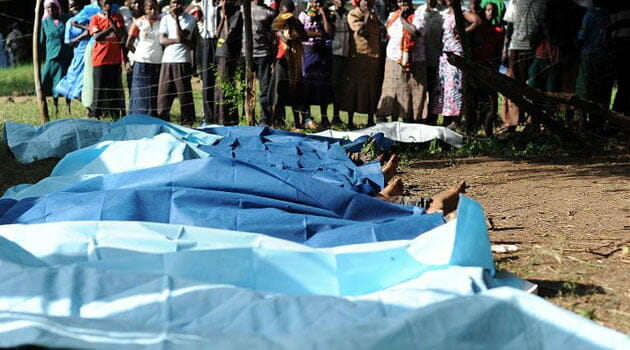 The High Court hearing a petition filed by the Coalition for Reforms and Democracy (CORD) and the Kenya National Commission on Human Rights (KNCHR) has declared eight amendments to the Security Laws (Amendment) Act, 2014 unconstitutional.

CORD had filed a petition challenging the constitutionality of 10 provisions while the human rights body had four grounds.

The court amalgamated the prayers bringing to 14, the number of amendments to be determined.

“This case is about striking a balance between fighting terrorism and respecting human rights,” said Lenaola in his opening statement.

The outlawed provisions limit media freedom, freedom of expression, the right of an accused person to be released on bail and a proposal to limit the number of refugees coming into the country.

“The provisions that allow delay in the disclosure of State evidence to persons charged with terrorism are unconstitutional. Not disclosing State evidence to terror suspects will lead to trial by ambush,” said Justice Chemitei.

Four of the contested provisions were upheld by the court and remain part of the law.

The four relate to privacy, the operations of the National Intelligence Service, the appointment of the Inspector General of Police and right to fair trial.

It was a major win for the media after the court dismissed amendments that would have seen journalists seek permission from the police before writing or publishing stories and pictures particularly of terror attacks.

“The provisions on the freedom of expression and freedom of the media are unconstitutional. The prohibitions are so wide and vague that it is difficult for the public to know exactly what is prohibited,” said Justice Chemitei.

Any journalist who went against this could face penalties of a fine of Sh5 million, five years in jail or both.

The proposal to amend the Refugee Act meant to put a cap of 150,000 on the number of refugees that could come into the country was expunged, with the court stating Kenya is signatory to international statutes that would be contradicted.