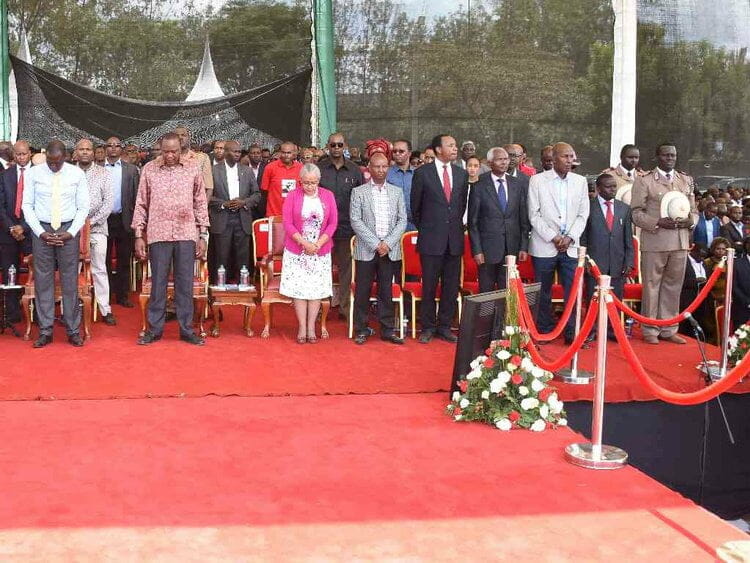 Many counties especially in Jubilee stronghold’s are bidding for the rights to host the next #DancingOnGraves ICC Victory Bash. After the last successful edition held at Afraha Stadium, the Jubilee propaganda machinery wants to take this show on the road.

Amongst front-runners are Kiambu, Eldoret and Garissa. Many of the counties view this extravagant parties as a way of boosting domestic tourism, in line with the #TembeaKenya initiative launched by the Ministry of Tourism.

While a town like Kijabe has thrived on medical tourism where citizens from other counties throng Kijabe Mission Hospital, Governors from Jubilee stronghold’s prefer using the ICC matter to boost their economies.

Bed occupancy in counties that will host the #DancingOnGraves parties will increase ten-fold, and other side-activities like prostitution will thrive due to the influx of moneyed Jubilee functionaries, who due to their proximity to Uhuru and Ruto, have made some cash from tenders. Hawkers, condom-vendors and alcohol beverage dealers also stand to benefit from the windfall.

To the raw-gang, our dream and vision to have one Kenya devoid of tribe may come to fruition due to this #DancingOnGraves parties, as those who choose to engage in sex without protection will leave their seeds in fallopian tubes of local women.

Residents of Nyeri have pledged to showcase their women as non-violent should their county be considered for the #DancingOnGraves party, and will actually pay any man that’s willing to take a Nyeri lady away from them.

Indeed there is talk that Uhuru’s friend Akon will headline the next #DancingOnGraves party, where he will sing “Sorry, Blame It On Me” as the party theme-song in reference to his own tribulations after he had underage sex with a teen on stage during a concert that saw him lose his Verizon endorsement.

Other musicians that will grace the Government’s #DancingOnGraves parties are Ben Githae who was instrumental in spurring ethnic sentiment during the so-called “prayer rallies” with his hit song “Githuke Ni Githundoku” and Kameme FM presenters led by self-proclaimed Kikuyu spiritual leader Njogu wa Njoroge.

Kass FM that used it’s platform to encourage ethnic-cleansing will be using the #DancingOnGraves parties to launch its IPO so as to take the negative ethnicity gospel to every corner of Kenya. These are indeed very exciting times to be a Kenyan.

Not to be out-done, CORDashians will also be holding parallel parties while parading victims and purporting to champion their cause and highlighting their plight.

CORDashians have enlisted overweight but underwhelming musician Rufftone to sing his multi-platinum hit song “Mungu Baba” which calls for peace without justice. And as he performs, CORD MPigs will be behind him, mocking the real victims of the post-election-violence, and using their plight for political progression.

Kisumu, Mombasa and Kakamega counties are said to be in the running to bid for the CORD version of #DancingOnGraves with the Governors submitting their bids that includes a pledge to provide whistles instead of free healthcare and education. The county that’s poised to win is that which pays the most bribes.

All these high-voltage events will be covered live by our resident Daystar ‘intellectuals’ as their editors will have already been sent for bribes to give the events immense publicity.