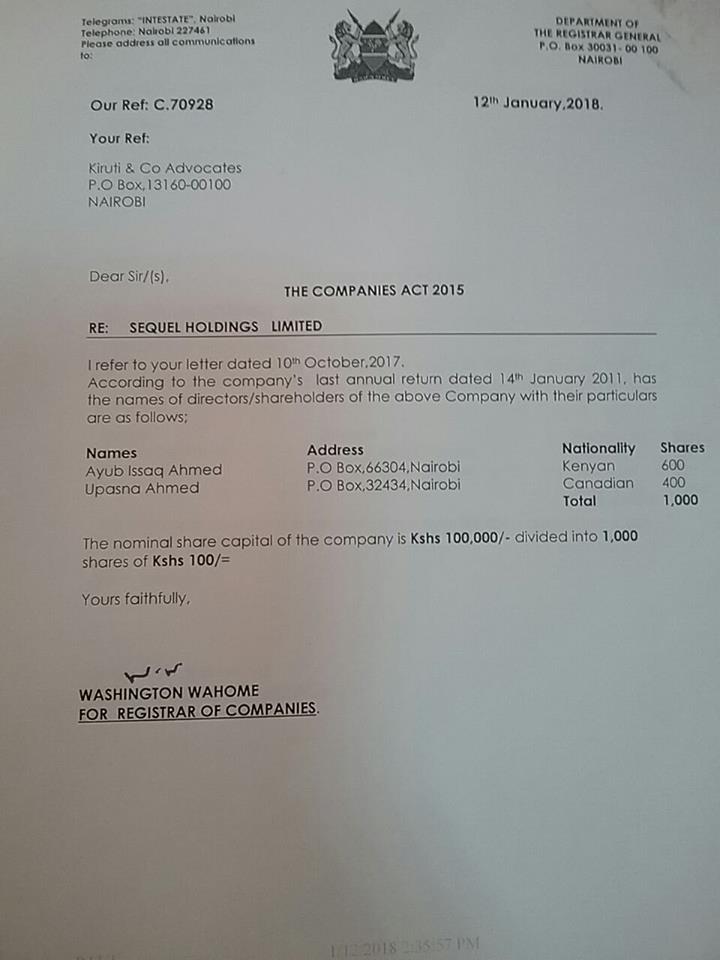 Thank you for writing about Scan Group.

You said: ScanGroup is a public company that the CEO runs as private property.

You said: Barrat Thakrar has intentionally and consciously used his position for personal gain.

You said: We now ask shareholders to force the ejection of Bharat Thakrar from his position, as there are many worthy and qualified Kenyans who don’t think with their stomachs but with the long term company interest.

Please find attached a document from the Department of Registrar General. Its Registrar of Companies is there confirming that AYUB AHMED and his Canadian wife owns all shares in SEQUEL HOLDINGS LIMITED.

SEQUEL has received Kshs 60 million during the last three years from Scan Group. The costs for maintenance of the signs can be estimated to Kshs 1 million per year. Ayub Ahmed and probably Barrat Thakrar, who has approved the contract, have in this way filtered away around Kshs 57 million from the shareholders of Scan Group in a scandalous and greedy way. Before the contract expires after another 4 years, SEQUEL will have received more than Kshs 120 million.