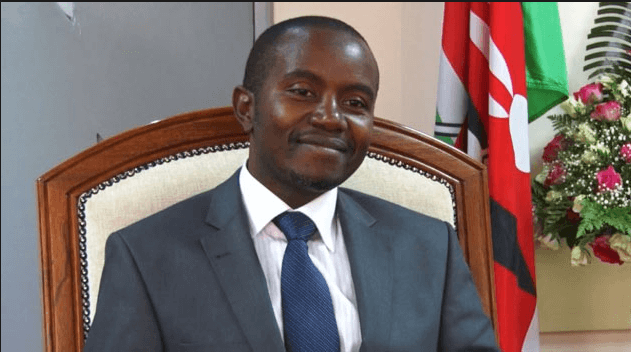 CS Mucheru who has focussed on supporting unconstitutional Cybercrime Law instead of fighting corruption and nepotism at the ICT Authority.

Early last year the ICT authority had some vacancy to fill. At first, the HR was away on maternity so she kept on pushing for her presence to be factored in even while on official leave (on maternity )the head of the dep then overruled her an insisted on having the recruitment course because other qualified personnel could still do the interviewing. So, later the exercise got cancelled due to her influence at the ministry (Kikuyu/Muranga influence through CS Mucheru)

Second phase and the whole exercise got approved and advertised. This time round, she was present so that she could push her agenda through. Funny enough, the HR had other ideas at play. She ensured at first that some job & their descriptions missed. Case in point, one of office assistant and finance officers. Applicants complained and she was forced to give the correct roles and JDS tho at the last minute.

During shortlisting, she ensured her niece got shortlisted at the same time also shortlisted people with no experience. Same as was the case for her nephew into the presidential digital talent programme.

Concurrently, with the recruitment, she ensured that she had her way in the dismissal of the project and contract staff who had an extension and she brought her people. Instead of promoting project staff who were on contract and had the necessary skills and qualification she opted to dismiss them and instead get in people who paid bribes or had godfathers there.

Same was the case for those taken as project assistants (in a meaningless post). The lady is so arrogant to the point of even threatening senior project staff handling critical projects funded by donors.

Case in point is when she threatened junior staff of police arrests for the failure of not vacating the office even before elapse of the contracts final days.

Now she had her immediate sister as a Receptionist and even struggled to retain her even after elapse of her contract. Yeah, funny as it is but that’s double standards.