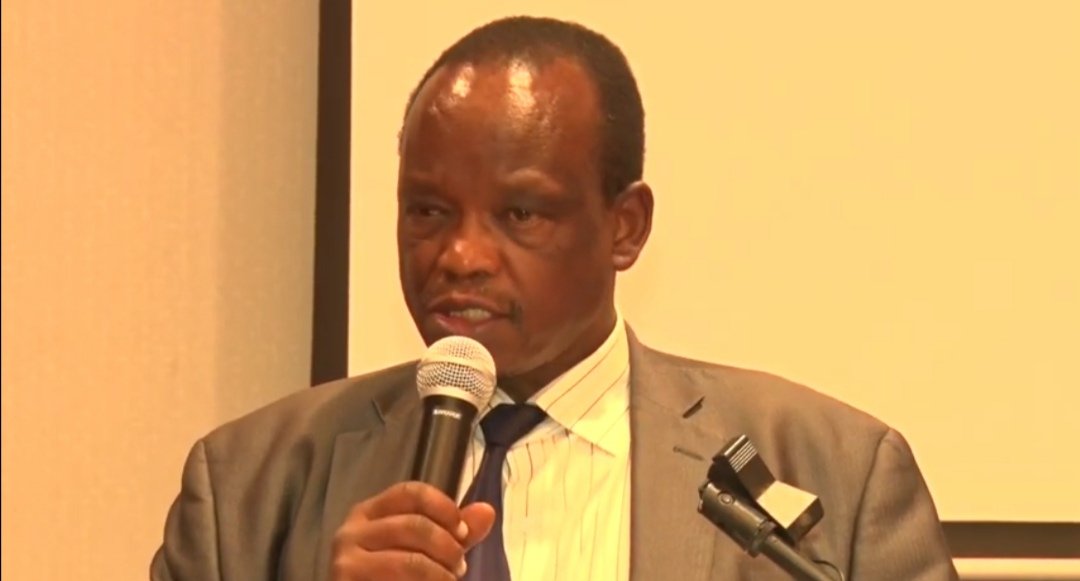 The Secretary General of Banking Insurance Finance Union (BIFU) Isaiah Kubai appears to have nine lives due to his deep pockets.

Information reaching cnyakundi.com indicates that the man who has mismanaged the Union that is supposed to protect workers in the financial industry has been paying for his protection.

For example, in November 2019, Kubai admitted in court that he has been using a dead accountant’s stamp to submit financial statements to Registrar of Trade Unions since 2013.

This was after the three rightful officials of BIFU, Duncan Muthusi, Gabriel Okomo and Alphonce Were challenged his election of 2016. The three were actually elected by delegates to the positions of Secretary General, Deputy Secretary-General and Organising Secretary but Kubai refused to vacate office.

This is where the police case comes in. According to information received, Kubai’s illegalities was reported to the Directorate of Criminal Investigations (DCI).

The report stated that Kubai is in office illegally past the Constitutional limit (and having ‘rigged’ himself in in 2016), doesn’t maintain a proper register of officials and members, files reports about expenditures in nonexistent branch offices. In short, he is looting over Sh5million per month in member contribution from banks, Insurance firms, KRA, cooperatives etc.

The DCI forensics looked at the report and found evidence of embezzlement of funds, in which they asked Kubai to shed more light by supplying them with more documents such as bank statements, payroll etc

He had evaded court, and was in contempt of it, and here he was supposed to supply documents to aid in further investigations concerning the Union’s finances.

Shock on the seekers of Justice as the investigations abruptly ended after a large sum of money was withdrawn from BIFU accounts from Standard Chartered Bank of Kenya.

Why did Kubai withdraw and carry large sacks of money from Stanchart Bank?

Who received the money?

Were detectives at DCI compromised by Isaiah Kubai?

This is a case in which Kenyans must rally around as evidenced by past articles about illegal activities at one of the most important trade unions in the country.

Financial industry players especially banks have been fingered over the perpetuation of this impunity by propping Kubai so as they can have it easy in court cases pitting them against their former employees.

Some financial industry workers, especially in banks, have been fired after the bank’s management and Kubai talked over the phone

Time is nearly up and the criminal network is about to be exposed in its entirety.

In this article:BIFU, Contempt, fraud, Kubai