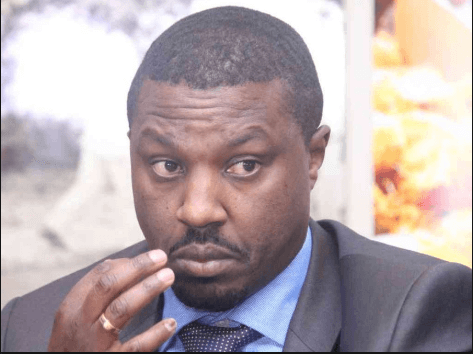 The National Hospital Insurance Fund Chief Executive officer, Mr. Geoffrey Mwangi has threatened to sue the editor of this site, Blogger Cyprian Nyakundi over defamation over stories exposing corruption at the NHIF.

The National Hospital Insurance Fund (NHIF) has been a cash cow for a few individuals that have looted the fund to the ground with the latest scoop confirming that some funds from NHIF might have been used for the August 2017 elections.

Geoffrey Mwangi, the sly operative has managed to hold on NHIF by bribing scribes not to write the story despite real corruption that threatens to make Uhuru’s Universal health coverage big-four agenda a big joke.

By bribing EACC into silence, Mr Geoffrey Mwangi believes that he can’t do anything he wants including threatening Bloggers critical of him with legal action, in the corrupt Kenyan judicial system.

Mwangi has been accused of bribing EACC and Public Procurement Regulatory Authority to scuttle a Ksh. 400 Million scandal investigations, where he made Ksh 40 Million, in form of kick-back.

Despite being grilled by the jokers at the National assembly and EACC and PPOA promising action and investigations, Mwangi feels it is prudent to threaten Bloggers with legal action, over matters of public interest.

We keep appealing for information on corruption at NHIF, My contacts are hereunder.