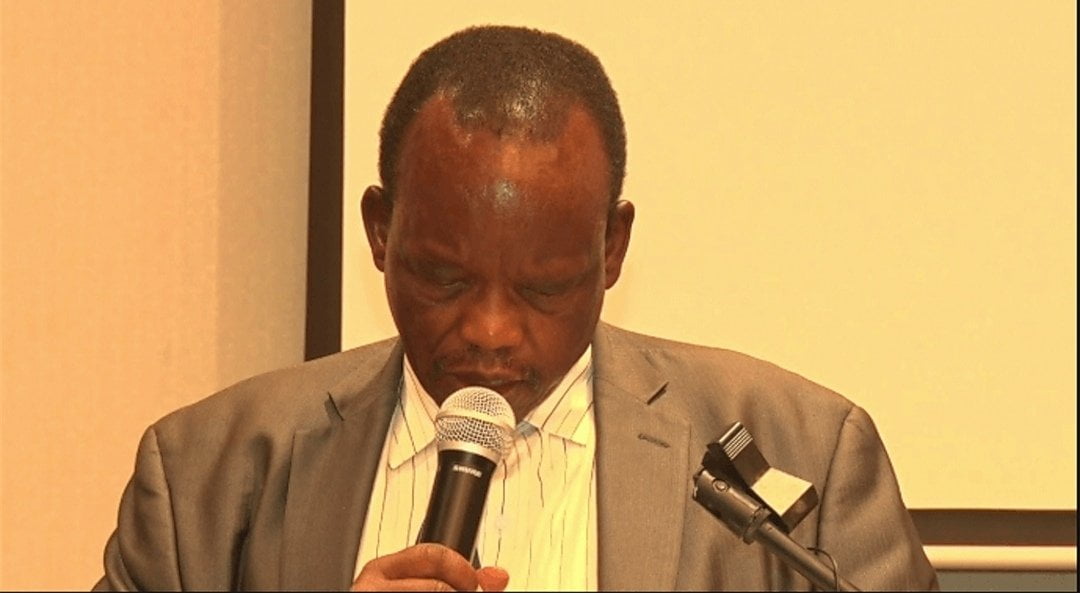 The senile and arrogant master of impunity current National Secretary General for Banking Insurance and Finance Union of Kenya (BIFU) Isaiah Kubai has now shunned going to the office after exposes by this blog.

Over the past 33 years, the man has built a cartel network that continues to frustrate any gains for the employees in the financial sector.

The beast colludes with management at the banks, insurance and Saccos etc including international ones, to mistreat employees.

He is part and parcel of the frustration and corruption in the Kenyan financial sector.

How he rules with Impunity

The problem is, until recently, Isaiah Kubai remains unknown and likes to work in the shadows, pulling evil strings from the dungeon. Most financial sector employees who are members of the Trade Union don’t know him.

Let me tell you something member of BIFU: You need to care as Kenya is supposed to work as it should, not as Kubais and Atwolis of this world want. How comes you remain silent when your are being mistreated by the management?

How comes nothing ever works at BIFU? Where are the court cases against turpid terminations on flimsy accounts? How comes he has lied several times that he is going to court to represent some members yet doesn’t show up and he gets away with it?

The money he collects from members which is conservative figure of around Kshs. 5 million per month is used to fund his lifestyle; buying houses, funding his clandes and buying top-of-the-range vehicles.

Hasn’t he also entertained his Personal Assistant (PA) Irene Mwangi who has now disagreed with him because another staff has had his salary raised more than Irene’s? Isn’t a Kshs. 2 million house enough for you?

Wasichana waache mchezeo, huyu aambiwe; one can’t bring pussy only to a relationship and feel entitled while chewing money meant to help workers in the financial sector. STOP.

Kubai and his networks of senior bank managers + other financial sector leaders have sacked employees on flimsy grounds; this ‘owner-of-banking-industry’ can get you fired if you simply question one of his motives or insane agendas.

Where does he get the power?

First, Mr. Isaiah Kubai has over the years used the money he collects to bribe these networks including police officers, judges, government officials and Central Organization of Trade Unions (COTU).

Secondly, Kubai has over the years appointed loosers and low-lifes to positions in BIFU branches at the coast, Western and Central Kenya. He makes sure that he does this to ensure total control over them.

All these will be exposed in the coming weeks. A treasure trove of documents has been received by the chief editor of this site after weeks of investigations.

It has always started well with the trade unions but whatever happens along the way is tragic. Take for example the Kenya National Union of Teachers (KNUT) and its immediate former Secretary general Wilson Sossion. What was that? Teachers weren’t being represented well during the dying years of his leadership, yet they paid every month to have terms negotiated with Teachers Service Commission (TSC).

I didn’t mean that TSC is an angel in all these. We’ve had a shitty government since 2013 anyway.

It is time the government of Kenya acts on trade unions, not to ban or frustrate their efforts but to align the trade unions with international best practices.

I don’t know how much Francis Atwoli bribes those international bodies to appoint him to anything. But hasn’t everyone seen how COTU is a sham, a charade that has protected the Kenyan employers more than the workers?

Nonetheless, Mr. Kubai, time is up.

Mr. Kubai’s networks, Time Is Up!

The TIME IS NOW.