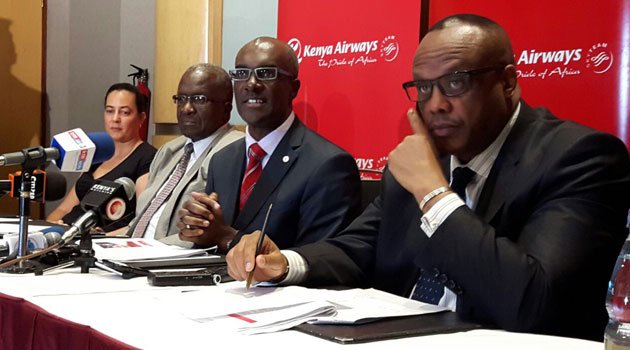 CAPTION: Suit-wearing with Fake accents is the latest hallmark of corporate hubris in Nairobi. Don’t fall for the act like mediocre Daystar journalists. These thieves deserve to be in jail.

Thanks to toilet paper Business Daily, corporate managers have become the latest “celebrities” in Nairobi, not from creating any form of wealth, but from stealing what was actually created from hard work. Miguna Miguna referenced it perfectly during the Gubernatorial debate as he described Evans Kidero, a manager who has ammersed so much wealth without creating or manufacturing anything in his life.

It’s funny because in Nairobi today, people in the service industry are the ones who are highly-regarded. Mere accountants who manage other people’s wealth are now millionaires from simply cooking books. Other members of the service industry who are highly-regarded are lawyers. These characters don’t create any form of wealth, but are now celebrities, like our good old friend Donald Kipkorir. Others are pilots. Typically people who are your glorified drivers, are the hotshots in the country.

But if you went to America, do you ever hear of pilots? Do you ever hear of lawyers? Or accountants? No. The American media profiles venture-capitalists, artists, sportsmen and women, inventors, tech industry-entrepreneurs, manufacturers and the likes. Our obsession with the service sector has come at a huge cost and the net-effect has been a structural imbalance of our economy.

This 8-4-4 obsession with the white collar jobs has been detrimental to our economy. And those occupying small positions have in-turn resorted to plundering those firms in a bid to live up to expectations.

Githinji Itegi entered Kenya Airways through a lady from Manpower Services Group who influenced his entry into the company. He has a child with the said lady. He learnt the ropes then began the looting. He was a supervisor in the treasury department prior to his sacking. He worked together with other people in the finance department as well as other companies which dealt with KQ to loot from the already ailing company. This began in 2014. In 2015 it intensified. Throughout the process he managed to personally steal over 100 Million KES. This is a low estimate considering how much he splashed on cars and women. He managed to cook the books at KQ, and in 2015 they were unable to find the looting but in 2016 he was caught red handed. He had masterminded the looting and it was as a result that he was fired along side everyone else he was dealing with.

His wife Grace Wamuyu Mathenge was the used to launder the funds. The wife is but a chef at Utalii College earning less than 150,000. At KQ, Githinji was earning 245,000. He was able to befriend the audit department and even got a child with Joyce Ndogoto from the audit department. He helped Joyce build a house in Ruiru using the proceeds from his theft in KQ.

He laundered money using his wife Grace Mathenge who put up a front of selling high end cars but in real sense they were laundering money and using the cars. His wife would buy high end cars and sell them and clean the money after they got tired of them. These included Land Cruisers and Range Rovers. Using the proceeds, he built a house at Thome at an estimated cost of over 30M shillings. He also built apartments in Umoja Innercore using the proceeds at a cost of over 50M. In addition Githinji and Grace bought many high end cars. These include;

As soon as he learnt he was being investigated, he sold all the cars and remained with the Volkswagen Touareg KBR. He bought property in Juja and the eastern bypass. He also sold the property at Juja when he was fired by KQ. He went on to spend a lot of money on alcohol and women and in May 2016, a prostitute exposed his inability to remain faithful to his wife. He is known in his circles to sleep around and spend many nights out of his home drinking all night and womanizing.

A socialite said to be HIV positive once released a list of personalities who have drilled her vagina in exchange for financial recompense. The lady by the name Tina Joy revealed her “list of shame” including some prominent Kenyan personalities. 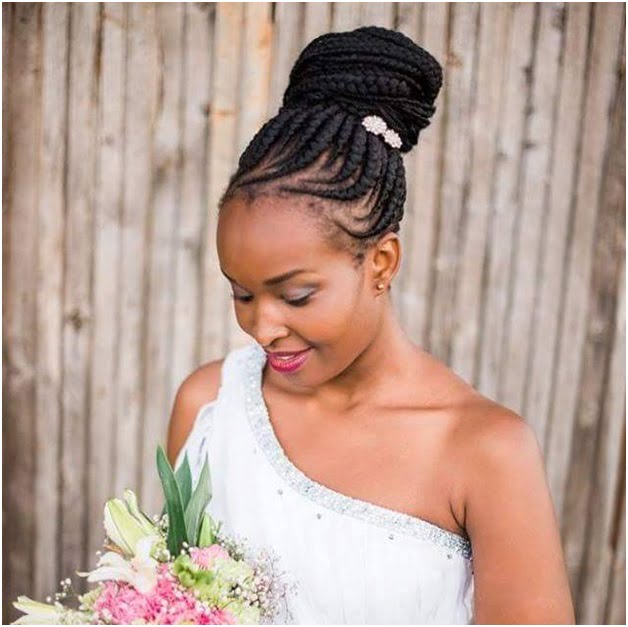 CAPTION: Tina Joy, the commercial sex-worker masquerading as a feminist like Caroline Mutoko. 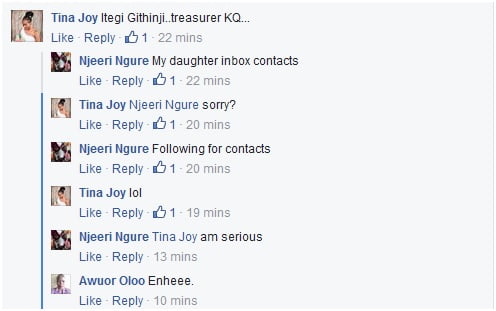 CAPTION: Facebook post showing her naming Itegi Githinji as one of her clients. Feminist dominated-media would like to make it look crazy for Rob Kardashian to rant on Instagram when Blac Chyna played him, yet women have been doing so for ages.

Despite audit firm Deloitte having proposed his being charged with civil and criminal charges for fraud, he has been bribing the fraud unit at the CID as well as proposed a bribe of 5M shillings to the same department for the case to be thrown away for lacking evidence. This is despite the fact that the evidence against him is overwhelming. His uncle by the name Samuel works for the National Intelligence Agency has been working with him to help stall the process. His looting cost KQ billions of shillings especially through fraudulent FX dealings. There is evidence of him and his wife receiving 23M shillings as kickbacks from the fallen Dubai Bank. This transaction cost KQ close to 400M in losses.He also received 1 Million Kes from Africa Energy limited using dubai bank for dubious dealings of FX. There is more evidence of him altering bank statements in order to cook books. He would even forge signatures. The case against him has been stalling despite all the evidence against him.

An estimated Sh400 million is thought to have been lost through the foreign exchange deals negotiated by Githinji at below market rates, for the South African Rand and Emirati Dirham. Auditors found that Dubai Bank, selected by Githinji to help the airline bring home its foreign earnings, had not remitted Sh72 million. The auditors have proposed civil proceedings against the bank which is already under receivership.

Githinji’s involvement in committing the airline in such transactions was illegal in the first instance, as only officers in much higher management positions were allowed to engage in repatriation of revenues earned in different countries, the report noted. It is only the Managing Director, Finance Director, Treasury Manager and the Supervisor Funds Management who have the authority to initiate and negotiate foreign currency transactions on behalf of KQ, according to an earlier board resolution.

KQ earns revenues in dozens of currencies, meaning that repatriation of the revenues is a critical role.

Auditors have reported that Githinji received heavy kickbacks from Dubai Bank and its disgraced chairman Hassan Zubedi in an intricate web that also sucked in another firm, African Energy Limited.

Githinji was paid Sh1 million by African Energy Limited which the auditors found to be proceeds of the foreign currency transactions between KQ and Dubai bank.

After leaving KQ, he never changed and still went on to do underhand tenders and dealings through bribing and corruption. He tried to get employed but no company would dare touch him or be associated with him because of his tarnished reputation of corporate fraud.

Currently, he is working with insiders at New KCC to loot there as well. A deal that is slated to start in July will see him getting 7 Million shillings a month for an unspecified period.This is merely through corruption. This is because he is using insiders to loot the government co operation.