Jonathan Mueke postures as a “saint” who only affiliates with retards like Sunny Bindra, but we all know that there is no way you can be clean while working under Evans Kidero, the thief beyond measure.

Read this story of how Mr. Hussein Mohammed colluded with his cronies to defraud Pambazuka with the aid of Head of Finance Mr. Daniel Gikandi. Below is a list of companies that were the major suppliers to Pambazuka and whose directors are Mr. Hussein’s friends or the wife:

1. Rainbow Adpoint- A company associated with Deputy Governor Nairobi County Mr. Jonathan Mueke. They supplied merchandise for the launch of the business estimated to cost 12m which most of the items were overprised to carter for Hussein’s kick back. 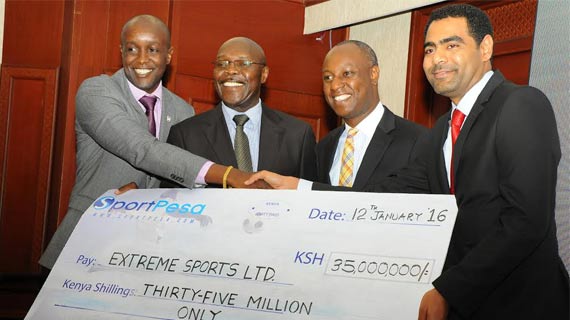 CAPTION: Just in case you doubted that Jonathan Mueke has links to Muhammed Hussein, here he is during a launch for Extreme Sports.

2. Jayden- A company owned by Mr. Peter Mugo Hussein’s high school mate. Jayden was tasked with regional launch, management of agents across the country and all kiosks and activations and sourcing of office space in upcountry regions. Total cost was coming to about 60M and Jayden did a very showdy job since the pay did not match the work done but Mr Hussein would defend them at all costs.

3. TMG- Associated with Mr. John Kiarie (KJ) who is a director and long time ally to Mr. Hussein. Their work was to handle Pambazuka launch and all the marketing campaign. They were put on a monthly retainer fee of 1M and allocated a budget of 170M which Mr. Hussein ensured that all the money was paid to TMG before his exit. TMG did not do a good job as they disappointed in their services they offered to Pambazuka. TMG also happens to be Extreme sports sponsors. 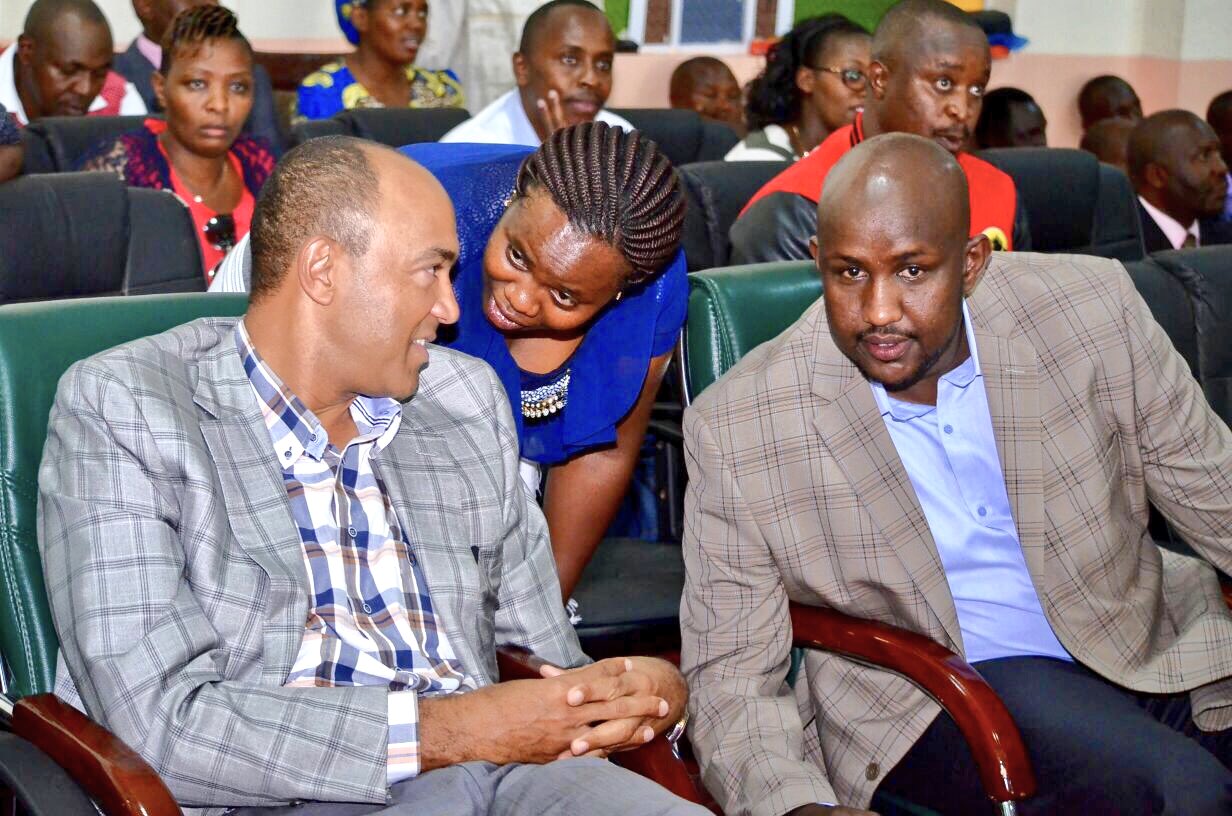 CAPTION: New gravy-train? Kiarie (KJ) John has become a pseudo-extortionist, targeting big prey. Now he has his eyes trained on Peter Kenneth, the dumb person who’s been missing for 4 years, only to emerge and want to be handed Nairobi Governorship on a silver platter, simply because he thinks he’s beautiful.

4. Assured Insurance Brokers- insurance broker associated to Mr. hussein’s wife Modesta. according to records from Association of kenya Insurers Modesta Hussein is the head of marketing. They were directly awarded Pambazuka insurance services after Hussein’s intervention despite stiff competition from other players in the insurance sector assured was not the best.

5. Andrew Griffin Ltd- A company associated with Mr. hussein’s best man (George Kagucia), they were tasked with redesigning the office, construction of kiosks, supply of furniture, renovation of upcountry shops. andrew griffin was a brokerage company that does not have the expertise to do all the works. Total monies paid to them was almost 120M.

6. Protel Studios- Owned by Sarah Migwi. Her studio used by Pambazuka for the production of the show. Protel happens to be among the sponsors of Hussein’s Extreme sports. 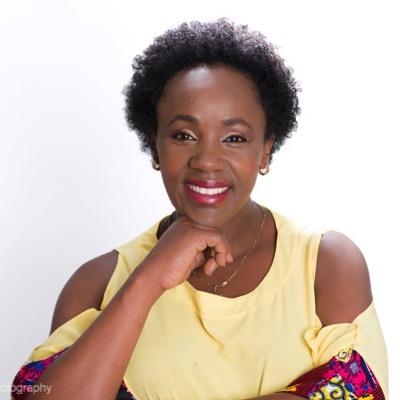 These are the companies that were brought on board to do business with Pambazuka without competitive bidding and without the Pambazuka board of directors’ approval. Pambazuka was a one man show whose decision was final.

THE ROT IN PAMBAZUKA

1. All the staff who seem to do their work well have been fired. The HR manager previously Carol Kiambi from Haco does not understand HR having brought relatives. She has made grave mistakes ranging from wrong computation of salaries, unfair dismissals, deducting employees sacco contributions and not remitting, intimidation such that employees cannot question her blunders.

2. Delay in supplier payments. this arises from the head of finance Mr. Daniel Gikandi who does not pick suppliers calls once suppliers have delivered on the agreed services, does not respond to emails, does not pay until the directors intervention. The only suppliers paid in time are broadcasting houses, KRA and Protel Studios.

Back to our earlier narrative regarding the rot in corporate Nairobi. All these companies are embedded in supply-cartels diminishing productivity and output. It’s the reason why you see mediocrity all over our advertising, our television shows, etc.

The connivance is typically done by corporate CEO’s together with top managers who seek to benefit from every purchase decision. Boards have to remain short-changed as Kenya’s viability as a producer of legitimate man-power has been grossly compromised due to the cronyism currently being witnessed in Corporate Kenya.
To be blunt, Corporate Kenya is more corrupt and filthier than Government.

At least If you have any dossier on Corporate theft in the company you work for, feel free to share it with us and we will blow the lid on this disgusting practices by Corporates, whose managers talk a big game yet they are hopelessly corrupt.