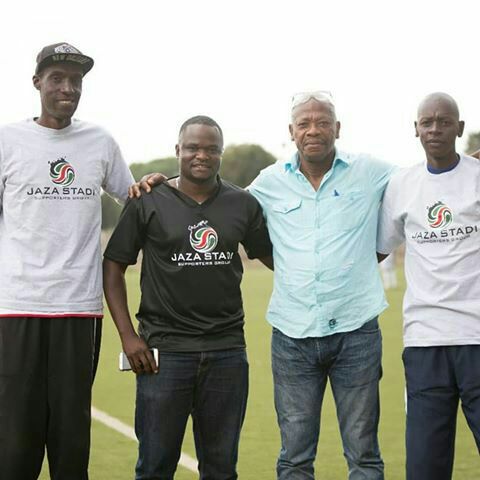 Toxic feminist Carol Radull is on the spot after accusations that she is using her influential position at Radio Africa, to reward bootlickers and boyfriends.

After divorcing with her husband Njiru after an opulent beach wedding in 2013, Radull is now said to be dating Bramwell Karamoja.

She organised for him to be the head of the Jaza Stadi initiative, whereby they solicit for money from corporates under the guise of promoting local football.

This Jaza Stadi initiative, despite being hyped and branded, has not yielded any fruit as local matches are largely played in empty stadiums.

Since Nick Mwendwa was elected as the head of football in Kenya, the sport has witnessed a steady decline in appeal and popularity. Mwendwa is said to be a know-it-all, pig-headed buffoon, who is exploiting football for personal gain.

Mwendwa and Mike Sonko (both Kamba) exhibit the same mental illness. Both shout profusely like makanga’s, both raised in the dumpsites of Nairobi with chokoraa mentality and both being severely incompetent.

Through Radull’s massive influence, Bramwell’s sister has also been employed at Radio Africa too.

We had hoped that these corporate cartels of Nairobi would be a thing of the past, now that Boy-Child President Nyakundi declared it illegal, but it seems that my words fell on deaf ears.

Feminists will be the end of Kenya, as every company headed by a woman, resorts to cronyism and bootlicking as a strategy for their own survival.

We want merit, not bootlicking or sexual liaisons, to drive the development agenda in Kenya.