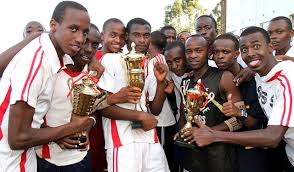 Just when we thought Impunity, Capital Punishments and unfair sackings are a thing of the past in Kenya, Sunshine School along Langata road is in the spotlight for mistreating students, Teachers and workers . As revealed to me by a whistleblower.

The Principal Sunshine Secondary School in Lang’ata is becoming rogue. First he paraded about 10 students in the basketball pitch and forced them to undress. He then descended on the boys whipping and stepping on their bare buttocks. Last month he identified a boy called Peter  Lawrence that was alleged to be in possession of drugs..  He locked up the boy in one of the library rooms and ordered the boy to undress.

The boy spared his boxer of which he was asked to pull down. The boy luckily had a “brief”. He ordered him to drop this still. The poor boy stood there covering his private parts with his hands. He then whipped the naked boy with all the cruelty you can ever imagine.He was later expelled . That aside, this Principal has been sacking staff right left centre. Last week he sent away two teachers and issued 5 others with dismissal notices to mature in one month. The teachers are

Last year the same Principal availed English fake questions insisting they were to appear in KCSE. The students zeroed down to those questions which made them fail miserably in English. Knowing what he had done he still had the guts to send the teachers to appear before to board due to bad results in English. He has repeatedly assured the teachers that he has connections and can lock up in Mandera prisons anyone who dares challenge him.