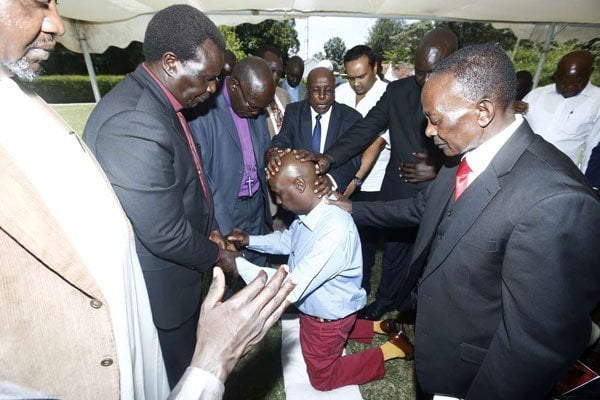 Gideon Moi being prayed for

Baringo Senator Gideon Moi was recently shown being blessed by a 100 religious leaders who converged at his father’s Daniel Moi Kabarak farm in Nakuru.

The picture showing the Senator wearing red pants, kneeling before the clergy elicited reaction from controversial lawyer Miguna Miguna who equated it to gayism.

“To Gideon Moi: Globally, RED PANTS (TROUSERS) are favoured by Homosexuals or Gay men. Carrying a “rungu” like the one which is purportedly being “blessed” in this image in public amounts to wielding a DANGEROUS WEAPON. You will not succeed to bamboozle Kenyans with rubbish”, Miguna wrote

This did not go down well with some users who accused the Canada based lawyer of being homophobic. 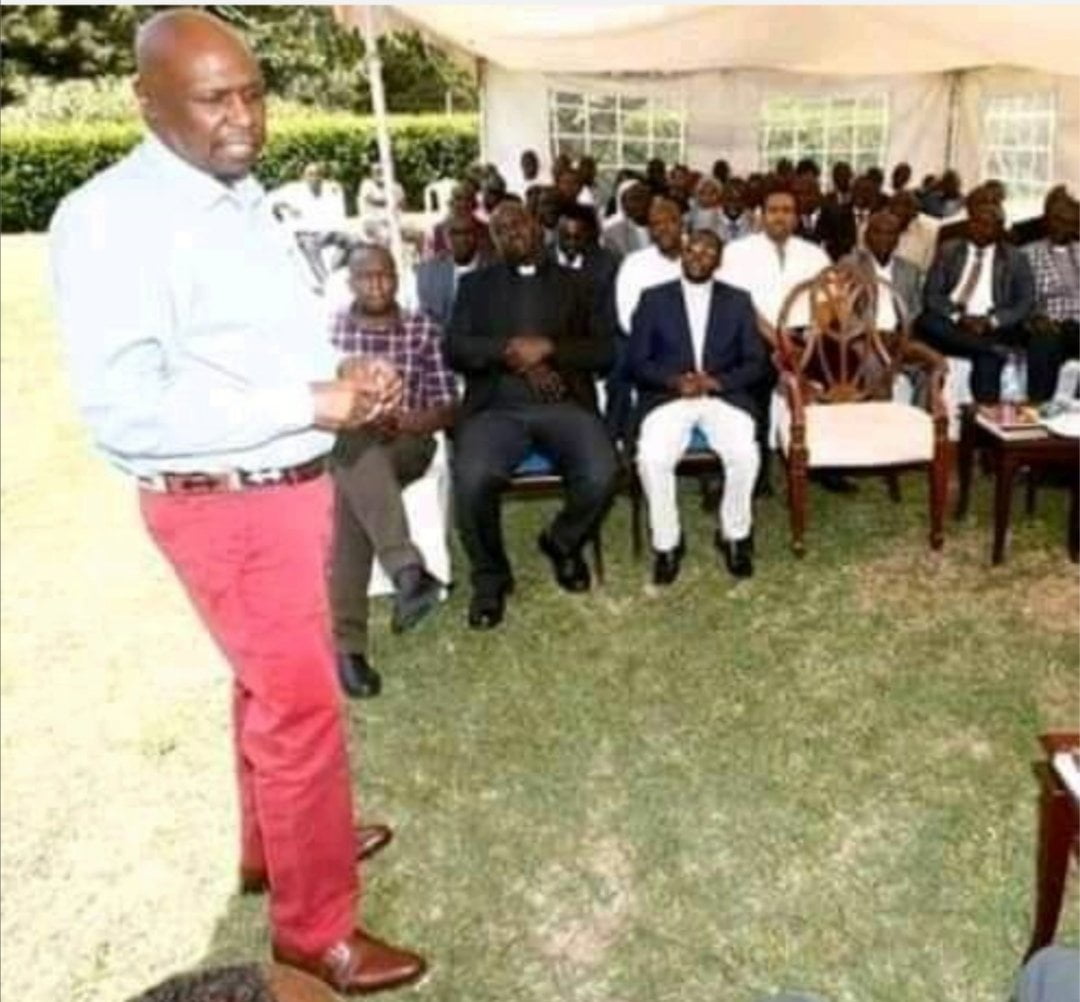 “General, do you have a problem with gay people?”, a person asked.

Miguna replied,” To Zombies: Where did I state that I had a problem with homosexuals? I stated a fact: That gay men prefer to wear red pants or trousers. Is that true or false? If it’s true, why are zombies getting all twisted up? Gideon Moi is going nowhere with his primitive rungu”.

Gideon’s Rungu resembling that of his father was also prayed for as the clergy encouraged him to follow in the footsteps of his father.