Professor Makau Mutua, the State University of New York (SUNY) distinguished professor of law, who gave UhuRuto sleepless nights in the beginning of their term in 2013; hints at going for the presidency in 2022.

Professor Mutua announced the decision through his Twitter handle. He, however, stated that he will do so under one condition, that someone unstated doesn’t run for president. 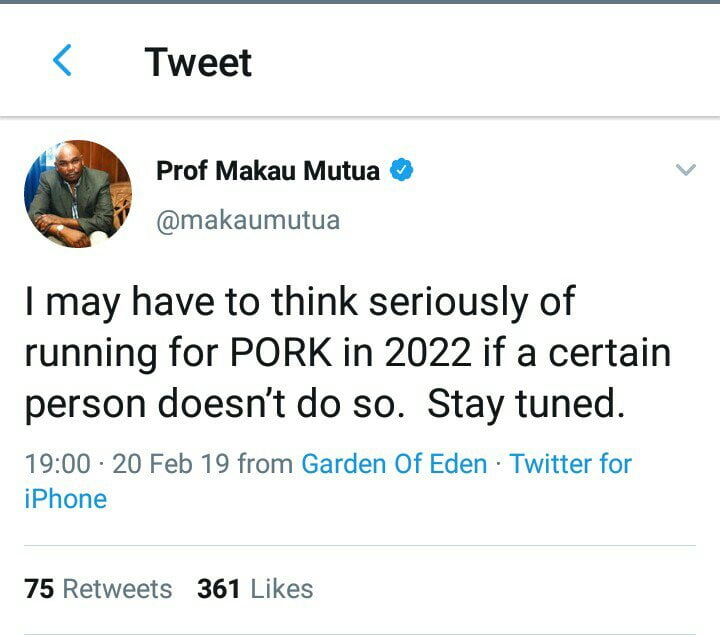 Professor Mutua is also the founder and chairman of the board at the Kenya Human Rights Commission (KHRC).

Between 2002-2003, he chaired the Task force on the establishment of the Truth and Justice, and Reconciliation Commission (TJRC) and was a delegate to the National Constitutional Conference, which produced the contested draft constitution later dubbed Wako Draft.