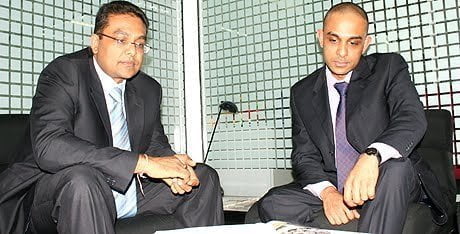 “They (manufacturers of DPL Festive Bread) are the most dirty (people) you can ever think of. They have two sites one along Enterprise Road and the other along Lunga Lunga Road. Things are worse at the Enterprise Rd site. You find grown up men baking with their feet and washrooms are just are just in the same godown. The other side is more modernized and that is where (Kenya Bureau of Standards) inspectors are taken. It’s worse than it looks”, the complainant told COFEK.

Last year, a post about a bread made from the same company that ‘failed to expire’ set Kenyans questioning the chemicals (namely formalin) the company uses as preservatives.

“I didn’t expect them to respond to Cofek. They have pocketed all regulatory agencies including the Kenya Bureau of Standards and the Nairobi County Public Health Office. They are arrogant. They bribe senior officers on sight. Cofek should call for consumer boycott of DPL Festive Bread”, – complainant

The response from the owners was to threaten the social media users who exposed the scam with lawsuit.

“We would like to assure members of the public and our customers that DPL Festive LTD will pursue the false and defamatory facts stated by the blogger and his sources as they are intended to cause fear,” DPL Festive noted.

The firm also unleashed keyboard mercenaries to bombard Kenyans with messages of how great the bread is, instead of answering simple questions.

In the latest exposé, the firm has not responded to emails from COFEK. The Stephen Mutoro-led body is in possession of videos from inside the factory where ‘a man in seemingly old and worn out dirty shoes was seen mixing the dry flour and other ingredients’.

Many Kenyans are still wondering how bread can be made to last for 7 days without becoming stale. The normal period is usually 3 days.

Someone explain to me how bread is expected to remain good for consumption for 7days? #DPLFestive pic.twitter.com/8p64CsSS2s

Whatever preservative(s) DPL FESTIVE may be using in their Festive bread needs checking, I deliberately kept this bread more than a week since purchase after seeing similar claims on SM, and worryingly no sign of mould can be seen, @KEBS_ke over to you pic.twitter.com/SkHorc6ara

@dplfestive what happened here?? Half my bread has "warts"! pic.twitter.com/HCOoUBh8fE

@dplfestive is the expiry date on bread supposed to be on the bread or on the paper? Just asking for a concerned citizen on health matter pic.twitter.com/PJ24HdRPtQ