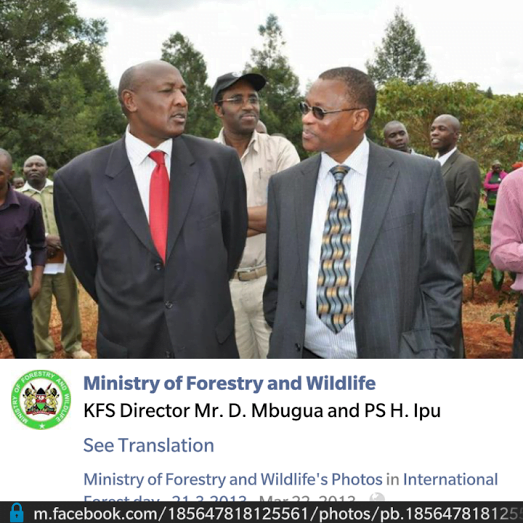 Behind the sudden rise of Pewin Motors from obscurity to prominence was never going to be an easy task without political-patronage. Nearly all “successful” businesses in Kenya can attribute their existence to politics, and Pewin Motors is definitely no exception.

During the years when he was holding brief and maintaining the diary of the retired President Mwai Kibaki, Hyslop Ipu was a man who wielded a lot of influence, power and money.

Hyslop struck a rapport with Peter Kirigua, who was by then the head of sales and marketing at Mercedes Benz Franchise holder D.T. Dobie, as the latter was a frequent guest in Government offices, since Mercedes was the vehicle of choice for most senior Government officials. And the rest as they say, is history.

In Pewin Motors, Hyslop Ipu found a perfect vehicle to launder his ill-gotten wealth from kickbacks given by businesspeople whom he helped secure meetings with President Kibaki.

By late 2009, the presence of Pewin Motors was starting to be felt in government, and they started bagging lucrative contracts to supply government with vehicles.

By 2010, Pewin Motors expanded to Pewin Supplies Limited, where they diversified into the field of general supplies, most notable being contracts to supply Kenya Power with transformers and mini sub-stations. All this was made possible by Hyslop Ipu.

Soon as campaigns begun for the 2013 general elections, Hyslop Ipu begun mapping out an exit strategy and strategically placed Peter Kirigua in a parastatal where he knew millions had been allocated for bulk acquisitions.

As fate would have it (or so they would want us to believe) Hyslop Ipu was appointed in the same ministry as Principal Secretary (PS). The two are said to have made a killing from kickbacks after the acquisition of fixed-wing aircrafts and a helicopter for the Kenya Forest Service from the broker of the deal Africair.

Mr. Hyslop Ipu is also behind the continued stay of his brother Gabriel Komora as the head of Sports Stadia Management Board, now Sports Kenya, under very strange circumstances. Komora took over in an acting capacity in 2012 from Benjamin Sogomo, and has held till today. His position has never been advertised, and he has never been confirmed.

While corruption is a way of life in Kenya, endorsed from the highest offices in the land and entrenched in the government, the callous nature of the latest scandal is worth anybody’s attention. It’s a reflection of the deep rot within Government offices.