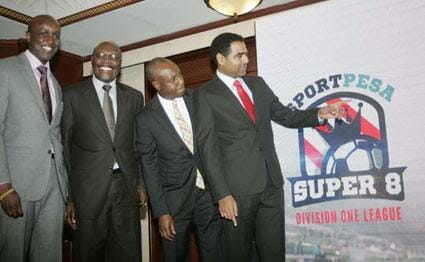 Caption: Mohammed Hussein launching the Sport Pesa Sponsored Super 8 Nairobi League
The battle for the lucrative Kenyan betting market is beginning to shape up, with Betting companies jostling for a piece of the pie, estimated to be worth around Kshs. 40 Billion annually. Sport Pesa may have had the luxury of a head-start, even though local consortium of M-Cheza is also making moves.

Sport Pesa have sponsored virtually everything that needs to be sponsored in football, but the most conspicuous is the Sport Pesa Extreme Sports Nairobi League, headed by Mohammed Hussein.

Hussein is a sharp, smooth-talking operator, who is said to be related to Sports Minister Hassan Wario. From this link, he was appointed as Secretary of the Kenya At 50 secretariat, a recovery because prior to the 2013 General Elections, Hussein was supporting Narc Kenya Presidential Candidate Martha Karua.

During his stint at the secretariat, and together with Hassan Wario and Bruce Odhiambo, they are said to have executed a clean heist of over 500 Million, out of the Kshs. 1 Billion raised raised from both Government and private-sector. Many of the performers were not paid until months later when they staged a demonstration, petitioning the Sports Minister to honor his word.

Multiple sources have confirmed that contrary to earlier speculation that Sport Pesa wanted to front Ronald Karauri to head the FKF, Hussein is now their main person since he has previously vied and lost in the football elections.

What the owners of Sport Pesa have realised is that money plays a critical factor in football elections, and they simply have to buy off most of the senior FKF officials and trigger a hostile-takeover, similar to any boardroom coup. After the “giant” was felled by young boy Nick Mwendwa, everyone now no longer views the activity with fear.

We recently ran a piece linking the firm to the Bulgarian Mafia, and in Kenya, they also own Finnix Casino in Hurlingham plus another one in Malindi. While the late Dick Wathika was their local director, exclusive information reaching our newsdesk indicates that Paul Kinuthia formerly owner of InterConsumer Products that manufactures Nice and Lovely Cosmetics is also a mover in the company. He is said to have invested the money he got from the sale of his company to L’Oreal.

This week, there was a surge in social media queries on search engines about Ronald Karauri, which was among the top most-searched name on our platform.

Meanwhile, after our recent exposè on Tony “Flash” Gichuru and his wife’s public pronouncement at the launch of their betting company M-Cheza that they will discover/nurture talent, the firm yesterday launched what they call “Astroturf Tournament” probably acting out of pressure from our article. We had cast doubts on this pledge by M-Cheza because the Gichuru’s have no history of football or sporting-related interests, other than when Julie was bribed to cleanse a the “Kenya House” scam, where over 500Million was squandered during the 2012 London Olympics. 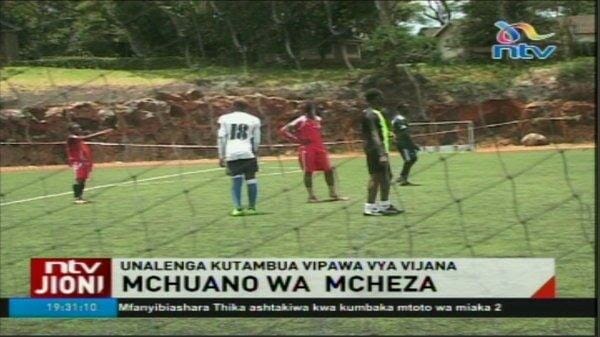