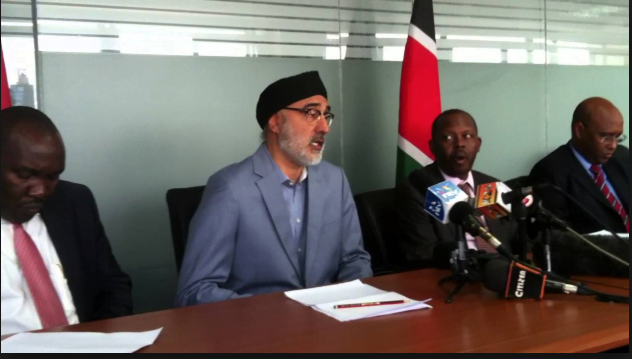 Let me first appreciate your public-spirited nature. God bless you.

History will judge you fairly as the greatest public defender. I appreciate your contribution/ crusade on social media on what ails Kenya.

Allow me to shed an insiders perspective on role of JS Rai in sugar sectors dwindling condition & fortune. Allow me to help expose this Sugar Baron JS Rai.

1. Act 1. Patronage & total Sugar Regulator capture. Rai furthers complicity within corridors of AFA- sugar directorate. The man has always engineered changes in staffing replacing managers at will. Case in point is replacing a Mr A. Osodo with a Mr S. Odera in 2016 at the helm of sugar directorate as latter was not toying with his agenda, on cane poaching & Weighbridges built outside his operational area. He controls who gets sugar import permits. Is a regular visitor to AFA-SD & Minister Bett. CCTV can reveal that.

2. Act 2. Impunity & Judicial capture. Rai JS operates Olepito plant in Busia despite an appeal court judgement that cancelled his license after he obtained a NEMA, EIA certificate fraudulently. Understandably Sukari has been expanded with NEMA complicity despite appeals challenging his EIA report. In the same vein, Rai JS has mounted suit after suit with complicit court officials to block commissioning of Busia Sugar Company to this day. GoK institutions are powerless against this man. Media has received a short in the arm. Parliament is fighting over who makes the best impression on him as it assures higher perks. He hires scouts to stalk folks for inducement. KRA, DCI, ACA, KEBs, AFA -SD all defer to him.

3. Act 3. SDL woes & diminished cane supply. Rai fraudulently caused the removal of Sugar Development levy – a cheap funding source for smallholder cane development citing agreement of collective agreement of local millers, yet there was no agreement. This he did with the complicity of former Minister Bett Willy of Agriculture to aid collapse of local sugar production & resort to importation & thereafter exercise his predatory buy out instincts – Panpaper style to create a milling sugar monopoly that he so desires as he is in Timber sector. To achieve his objectives, he commandeered the Local Millers association aka KESMA & made it dysfunctional & using it to communicate “millers” requests on policy to regulator & GoK. Industry insiders are of the view he has his sights on the total of local production & imports. JS Rai.

He should be answering queries on the Total quantity of cheaper Raw sugar in excess of 300,000 tons – profit margin maximisation strategy. The Sugar was & is still being sold without processing despite GoK caveat on sales. His distribution trucks have a police escort. He mixes/blends the sugar after the batch centrifugal inside his factories and in others he repackages directly, all with his local production sugar, duping consumers that he has reprocessed the Raw sugar.

A visit to his factories will reveal the lie. He has withdrawn the Kabras brand due to public phobia/distaste & now uses Sukari brand to market/sell to dupe consumers. He lied on oath before the Parliamentary committee- perjury, that he has in-house processing capacity for Raw sugar which only Kibos Sugar, Kisumu has in the form of a refinery. A visit to his factory in or Kabras- Westkenya or Ndhiwa-Sukari will blow his cover & debunk this myth.

5. Act 5. Sugar regulations. Rai JS has stalled gazettement of sugar regulations to create a level playing field for all sugar actors- millers, farmers, etc since 2013 to date despite several commitments by previous Agriculture Ministers from Koskei to Bett to Kiunjuri & parliamentary resolution

6. Act 6. Long-term plans for Sugar sector. Create a Rai monopoly & hegemony. How? Through not supporting smallholder farmers with inputs to grow cane, no investment in rural infrastructure – his quarrel with MP Lugari, he has reduced local sugarcane production to less than 50% of best years.

JS Rai promotes poaching- theft and diversion of cane in Busia, Bungoma, Kakamega, Kisumu, Nandi, Narok-Mara, Migori areas to diminish supplies & shutdown mills. He succeeded in shutting down Nzoia, Chemelil, Muhoroni & final nail on Mumias sugar. Butali, Kibos, Mara and Sony operate below capacity in some cases below 50%. These two conditions gave rise to the massive imports in 2017, all at his behest & control. Twin acts of low sugarcane production that will take 5 years to reverse & reduced sugar output that follows are necessary conditions of a hostile takeover of all Public owned & Private sugar milling companies.

Act 6 is complete when Oligarch JS Rai riding on the back of state capture controls this GDP 120 billion per annum sector as is the case in milk.

7. Other ills. VAT evasion & trafficking migrant India labour in his factories. JS Rai sells sugar without VAT and invoice to select customer’s and with complicity Taxman. The scheme works on under-declaration of daily & monthly production to avoid KRS tax assessments & audits and maintaining dual reporting/books. Sugar is bought cash for some key clients, no invoice or hard copy transaction documents such as sales orders, receipts, release orders are produced. VAT is shared equally between his company & traders. Pundits aver that up to 40 of total production is sold in cash. No locals are allowed to work in sales in Rai enterprise to avoid a risk of whistleblowers.

Rai employs Indian drivers, cleaners, clerks, machine operators, technicians who lack work permits & aid concealment of going on. Local employees are all hired on short term 6-month contracts & through a hiring agency and not Rai enterprise. Workers joining representative union membership is frowned upon and earns one dismissal. This can be confirmed with Francis Wangara of Kenya Sugarcane Workers Union.

Let me add, that these are easily verifiable facts. The man KS Rai is dreaded within the sector even as he is soft-spoken & hides a steel demeanour behind the friendly charm.

NB. Kindly allow me to expose this man out to capture sugar sector as a monopoly.