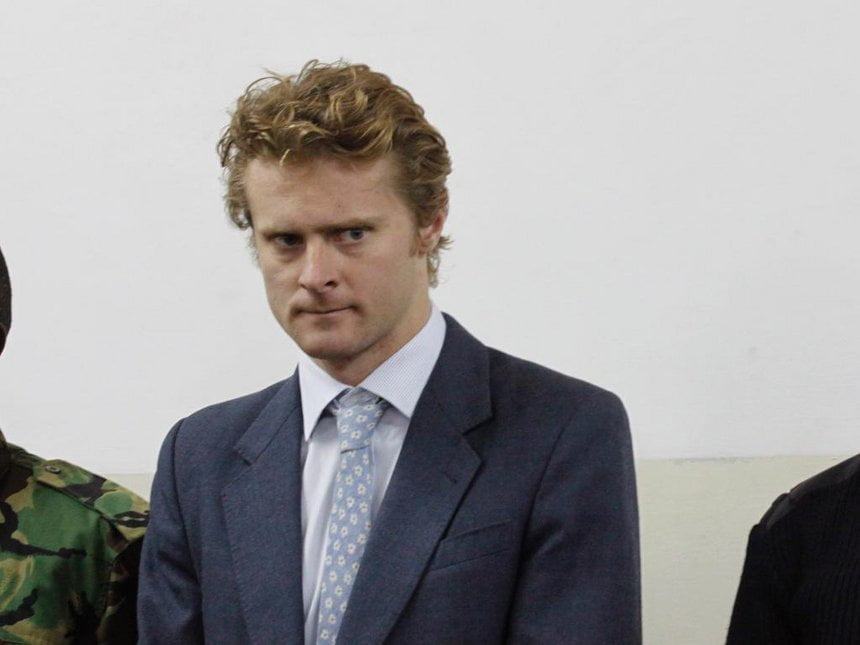 CAPTION: Cocaine Trafficker Jack Wolf has been guaranteed to the tune of Kshs. 140 Million by Uhuru’s bank CBA. Go figure!

A bizarre story appearing in The Star yesterday, said that the Uhuru Kenyatta Family-owned Commercial Bank of Africa (CBA) has agreed to stand surety for a white Briton arrested and charged for drug trafficking, after 100 KG’s of Cocaine was discovered at the port of Mombasa.

Commercial Bank of Africa is willing to issue two guarantees of Sh70 million each for Jack Wolf (not to be confused with Jack Wolf who sells opinion-polls to interested parties). Jack Wolf is a drug trafficker who has connections with the high and mighty in Kenya.

According to The Star, Anne Mumbi of CBA told the Kibera court on Thursday that if Wolf fails to appear, the bank will pay Sh140 million to the State. Mumbi, who works in the trade section department of guarantees, appeared on behalf of her boss.

If he jumps bail who can a bank stand surety – apart from opening up the floodgates of similar moves – sureties are individuals who will compel the attendance in court of an accused person – it is not a corporate affair – the silly girl Anne Mumbi who presented herself in court could find herself in serious issues needlessly, that is if the court even dignifies this idiotic move.

Finally, which genius wants the scuttlebuttlers to start saying the President of Kenya stands surety for drug offence suspects? And coming at a time when John Kerry is expected in the country? This is really insane, and the worst move a bank can make.

We keep telling you that banks and real-estate sectors in Kenya are conduits for laundering proceeds of crime from drugs, corruption, piracy and terrorism, but nobody listens. We have called on FBI to probe Kenyan banks and real-estate firms like Hass Consult, Knight Frank and Cytonn Investments for laundering proceeds of crime, but they still fail to do so.

However Kenyans have seen which banks are guaranteeing drug-traffickers. They also know who owns them.

Tweet your thoughts using the hashtag #CocaineBankCBA
Would you like to get published on this Popular Blog? You can now email Cyprian Nyakundi any breaking news, Exposes, story ideas, human interest articles or interesting videos on: [email protected] Videos and pictures can be sent to +254 710 280 973 on WhatsApp, Signal and Telegram.