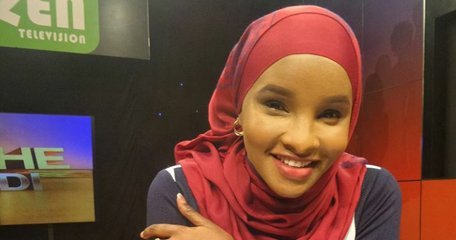 Hello Cyprian it is my prayer that this email finds you well. In July a guy called Ibrahim Chitayi contacted me to write for him, he is the head writer of a production company called Jiffy Pictures owned by Lulu Hassan, the program I was to write is named “Moyo” and it runs on Citizen TV on Wednesday 7.30pm.

I met him and after the agreements we decided to embark on the job, he insisted I get booked in at Prideinn Hotel Nyali despite my home being a five minute drive from the establishment. We hit the ground running and story lined for an entire season and I got to write immediately.

In between the writing the guy started hitting on me and when I rebuffed his advances, told him I don’t swing that way and even if I would, definitely not with a man, he went on a go slow in reviewing the episodes and story lining for new ones. Little did I know he had already decided to let me go, after two weeks of scripting he said we take a few days break and that he was supposed to go to Tanzania to arrange a shoot and that he was to settle the payment before the end of the week. That week passed and there was no response from him. On the second week when I wrote to him regarding the settlement of the amount, he wrote me a very long email saying that Lulu hassan was very disappointed with me as I had caused the company losses in putting me up at the hotel, yet I could not deliver. And that jiffy pictures had not accepted my episodes, that was after two weeks of writing, rewriting and him reviewing the episodes and even forwarding them to Lulu who okayed them. Shocking that after all that work and eleven episodes down the line, they “suddenly” discovered then that I could not deliver?

I went to a lawyer who did a demand letter which they never responded to; in fact Lulu called me to ask me who I was and that she didn’t know me and told me not to involve her in my “problems” with Ibrahim; mind you her company Jiffy Pictures cleared the hotel bill I incurred and the scripts sent to her had both our names.

A slap on the face is, mid September Citizen TV started airing the episodes that I wrote word for word and mark you, the same episodes had been declared “unfit” to be even read by the cast were airing on tv!

I managed to record some few extracts that were on TV and have attached them here.

This industry is a very small circle and everybody knows who is doing what and considering the name tarnishing that he embarked on painting me as an incompetent writer, its negatively affecting my chances of me getting gig and it hurts even more considering all this is because the guy wanted me to have sex with him. It’s even affecting my work/creativity.

Calls of intimidation and using of third parties to pass information to me that I drop that case lest I risk being blacklisted have been made and true to their word, I went to another writing gig after that and the guys were like ”we were told you are a trouble maker.”

I know you are in a position in the society where you can make a point and people listen, all am asking for is that justice prevail.

Hereby attached are the scripts.