Tuesday morning, media reports exposed that The Nairobi Hospital where the creme de la creme of this society gets treatment had encountered a cholera outbreak in which one staff member had died.

Reports reaching us now is that the hospital has quarantined staff and forced them to take medication against the deadly disease.

Nairobi Hospital released a statement awhile ago, blaming the cholera on the Nairobi County Government.

Although the media first reported that a staff member working at the cafeteria section of the hospital had succumbed to the disease, the hospitals statement rubished those reports.

Sources however differ and insist that a staff member had died of cholera.

The statement by the hospital agrees that eight of its staff members were admitted with the disease. 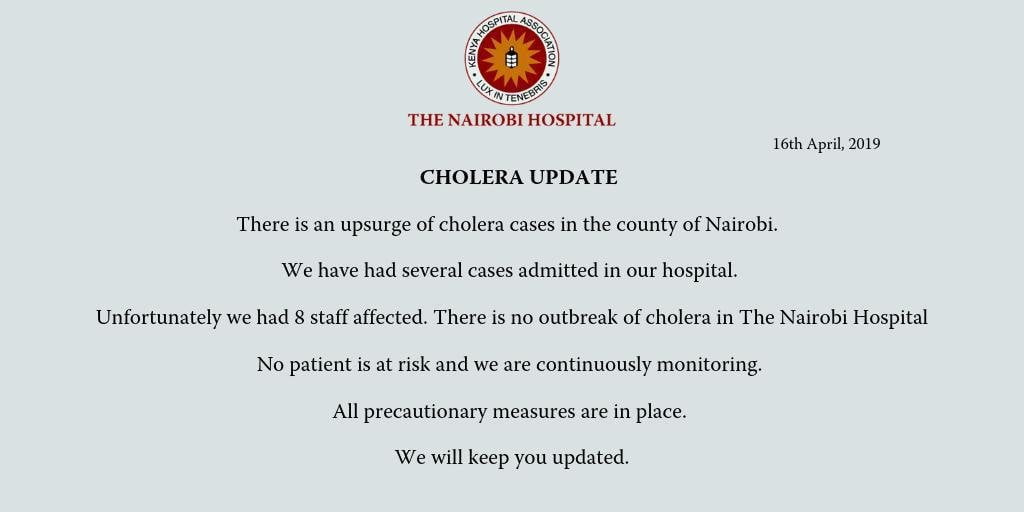 Nairobi Hospital has put all staff in quarantine. They are being tested lazima (by force) and forced to take drugs. It’s a very messy affair.