In 2019, Edermann Properties was stopped from going on with the construction of its Greatwall Phase 3 estate.

However, the Chinese-owned firm has continued with impunity to build the estate in a largely congested area where factories abound.

The Chinaman Zeyun Yang, the MD of Erdemann Property Limited, has sunk billions into his projects ostensibly in line with the government’s Big Four Agenda on affordable housing.

Residents have been complaining of breathing in deadly fumes from the nearby factories. However, the earlier developments were a bit far from this menace, only sewage and toxic water flow was the issue. But the new phase 3 will put the residents’ lives in danger.

Residents complain that the house will be dangerous because they will be right next to several industries emitting dangerous chemicals.

Documents in the Environment Tribunal and Land Court, seen by cnyakundi.com, had barred the company from constructing over six hundred housing units holding the area is an industrial complex.

As Machakos Governor cracks the whip on Endmor Steel Millers Limited over air pollution in Syokimau, by suspending their busines licence, he should also sort out the issues between the LDK and Erdermann Properties Ltd.

What the residents say about the air pollution

The London distillers company emphasizes that the greatwall apartments phase 3 project is not compatible with LDK operations and other industries within the project zone. If allowed, it will be a major source of conflict in future."#komeshachinku

@NemaKenya I am a resident of Greatwall apartments, beijing road. We have had air pollution problem since I moved here 5 years ago. How do we get help to this issue or who should we direct it to, we have raised the issue to your offices and no solution yet.

Maruti Company has been polluting the air around Greatwall Apartments for years. We have complained to your government and nothing has been done

Residents have also often complained about lack of water, high water bills and lack of electricity.

Water from a tap in Greatwall gardens athi river pic.twitter.com/Q7u3LM2MPB 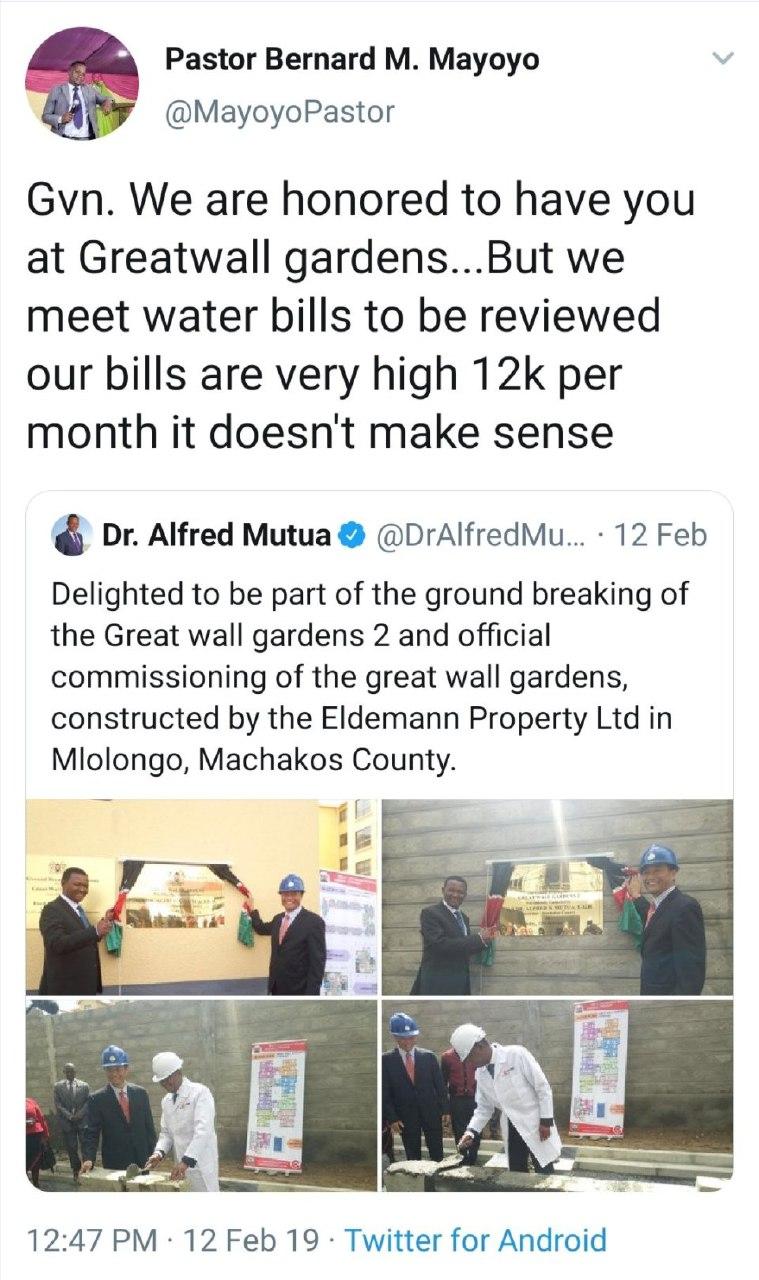 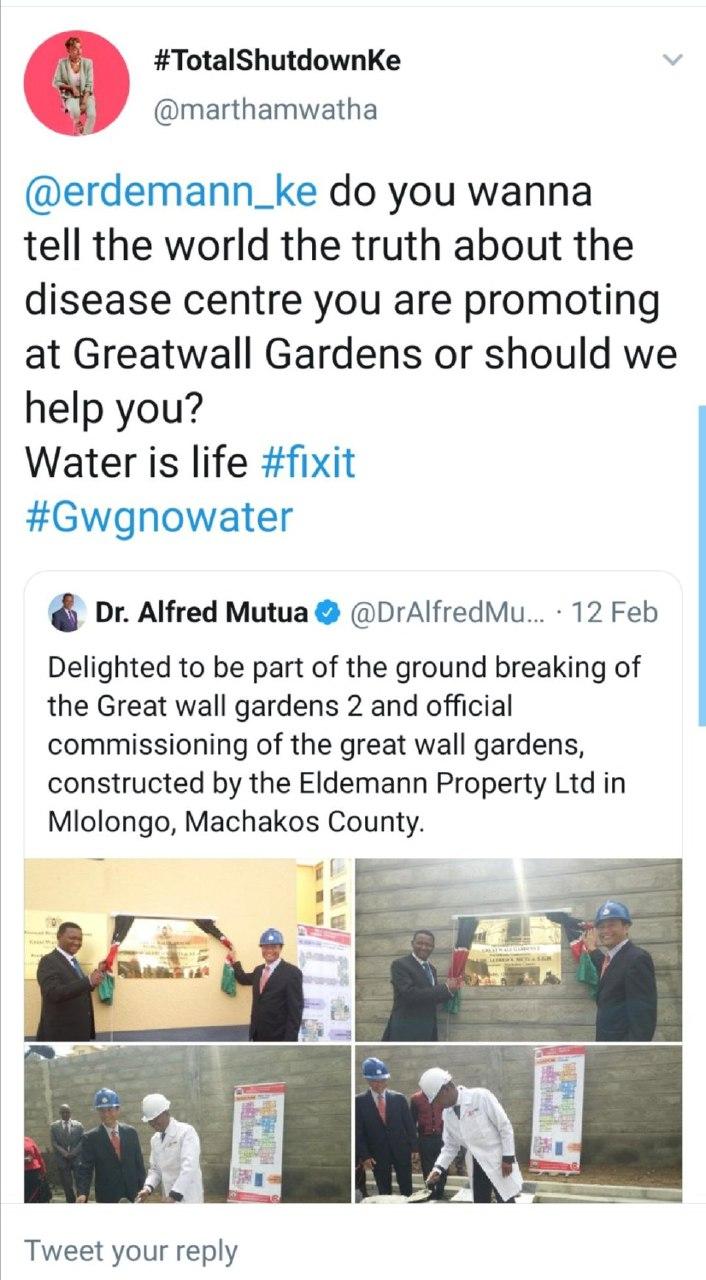 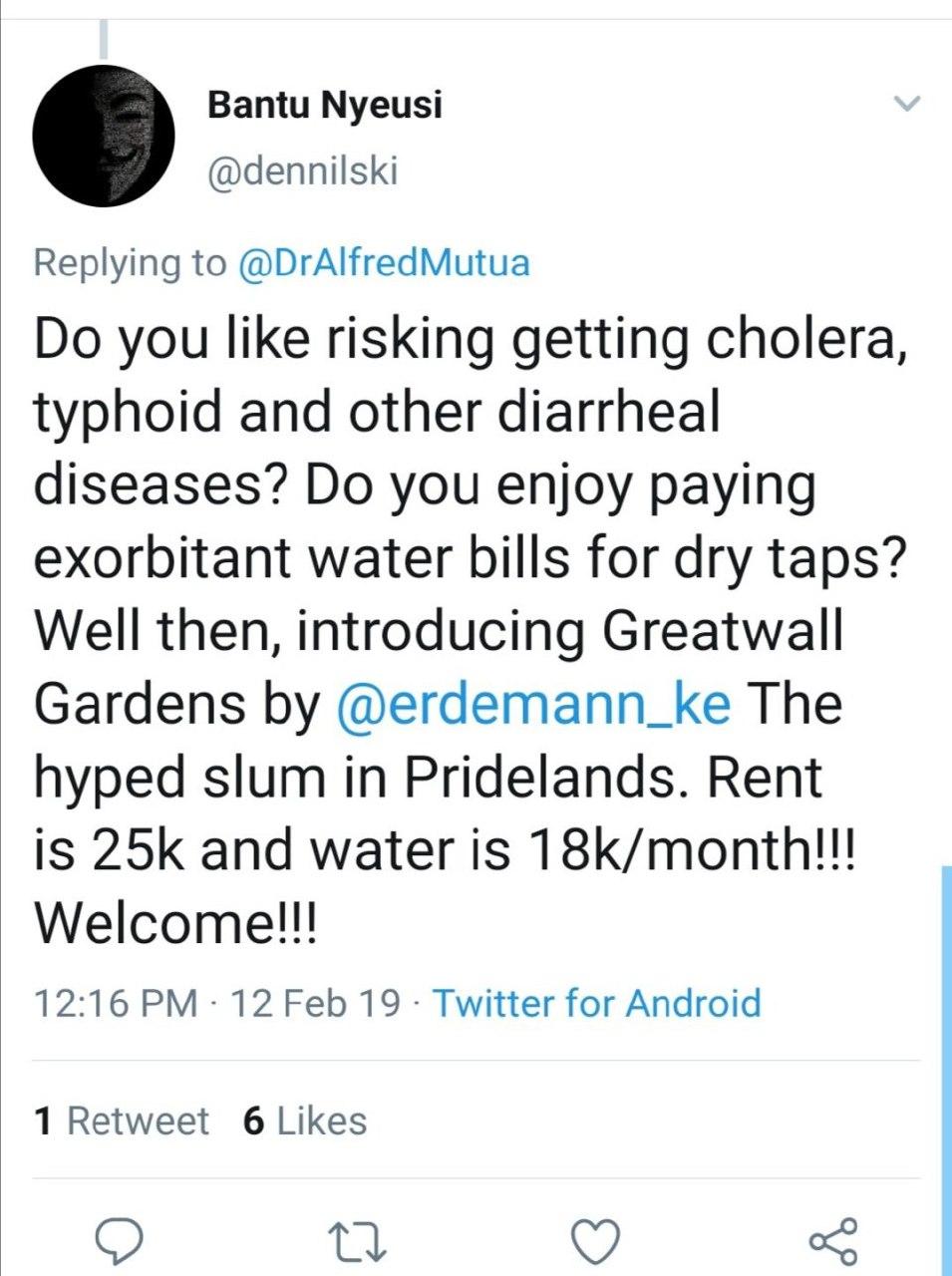 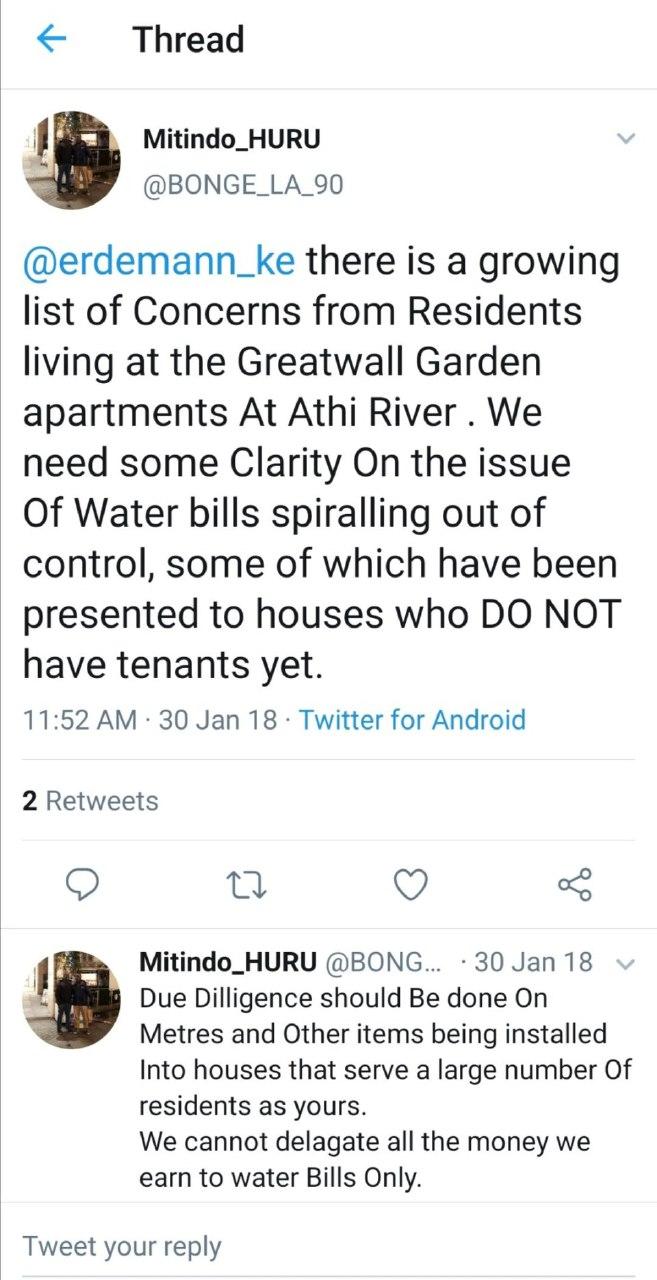